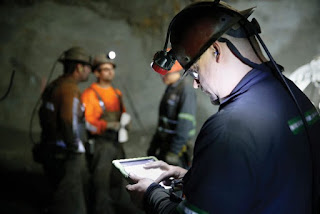 Founded in 1891, Hecla Mining Company (NYSE:HL) is a leading low-cost U.S. silver producer with operating mines in Alaska, Idaho, and Mexico and is a gold producer with operating mines in Quebec, Canada and Nevada. The company also has exploration and pre-development properties in seven world-class silver and gold mining districts in the U.S., Canada and Mexico, and an exploration office and investments in early-stage silver exploration projects in Canada.

Highlights from Hecla's second quarter 2020 financial and operating results:
"Despite the pandemic, Hecla had its second highest quarterly silver production since 2016 which, combined with higher prices, resulted in almost 25% more revenue than a year ago and generated about $27 million of free cash flow," said Phillips S. Baker, Jr., Hecla's president and CEO. “Hecla currently produces about a third of all the silver mined in the U.S., almost three times larger than the next primary producer. That number is expected to grow as Lucky Friday [mine] ramps up. As the United States' largest and oldest silver producer with America's largest silver reserve and resource, Hecla gives investors unique exposure to higher silver prices."

Pan American Silver Corp. (NASDAQ:PAAS) owns and operates silver and gold mines located in Mexico, Peru, Canada, Argentina and Bolivia. The company also owns the Escobal mine in Guatemala that is currently not operating. As the world's second largest primary silver producer with the largest silver reserve base globally, the company provides enhanced exposure to silver in addition to a diversified portfolio of gold producing assets. Pan American has a 26-year history of operating in Latin America, earning an industry-leading reputation for corporate social responsibility, operational excellence and prudent financial management. The company is headquartered in Vancouver, B.C.

"The global COVID-19 pandemic had a significant impact on Q2 results, with all our Latin American operations placed in care and maintenance mode for periods of time during the quarter. Except for our two polymetallic underground mines in Peru, all operations are now back in production under comprehensive health and safety protocols," said Michael Steinmann, president and chief executive officer. "With the updated guidance for 2020 that we provided today and rising precious metal prices, we are looking forward to strong cash flow generation over the remainder of 2020."

Disclaimer: This post is provided for information purposes only and should not be used as the basis for any investment decision. I am neither licensed nor qualified to provide investment advice. Keith Stein has no position in any stocks mentioned in this post. DCNewsroom has no position in any of the stocks mentioned in this post.
at August 18, 2020