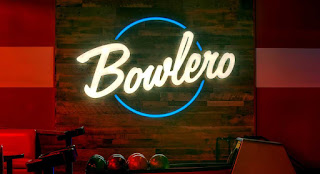 The worldwide leader in bowling entertainment, Bowlero Corp., announced a collaboration last month with BettorView, the nation’s leading in-venue sports betting marketing and technology platform to distribute BettorView content across all of Bowlero’s centers that are located within legal online betting states.

Currently, over 20% of Bowlero’s 300+ locations across the United States are located within legal online betting states. If industry trends continue into 2022, this count will increase to over 50% of Bowlero locations. 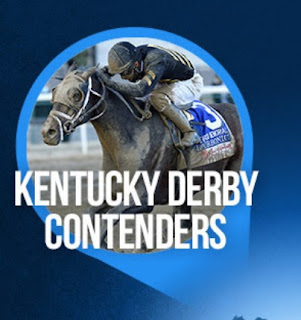 As we close in on the first Saturday in May, we’re only 17 days away from the 147th Run for the Roses Kentucky Derby.

The road to the Kentucky Derby wrapped up last Saturday with a pair of surprising upsets, according to TwinSpires, an online service for horse race betting in the United States.

In the Lexington Stakes (G3) at Keeneland, 18-1 long shot King Fury rallied to claim victory and 20 qualification points, putting him in 28th on the leaderboard. Trainer Kenny McPeek indicated King Fury is eyeing the Derby if enough horses above him drop out to help him qualify. Those drop outs are occurring.

With 70 points and a 9th place spot on the leaderboard, Bob Baffert’s Concert Tour was the heavy favorite for the Arkansas Derby (G1) at Oaklawn Park with 3-10 odds. But as Concert Tour weakened at the eighth pole, 12-1 long shot Super Stock took advantage and soared to victory to claim 100 points and a spot in the top 20.

One thing that does seem for sure is Essential Quality being the Derby favorite.

“There is now no doubt in my mind that undefeated champion Essential Quality will start the Derby a well-supported favorite,” TwinSpires Handicapper Ed DeRosa said a WDRB TV article. “The combination of his unblemished record, fast times, local trainer and color (gray) will all add up to a large amount of public support.”

After Concert Tour’s stumble in the Arkansas Derby, DeRosa is predicting Essential Quality will go off at 7-2 odds.

Get to know the 2021 Kentucky Derby contenders

Richmonder's will have a chance to meet with Bally's Corp. officials this week to discuss the company's proposed $650 million Bally's Richmond Casino Resort, one of three casinos that may be selected for development in Virginia's capital. By law only one casino will be built in Richmond.

Recent editorials and opinion pieces appearing in local Richmond newspapers show strong opposition against all three proposed casino projects. More than 100 people participated in a protest against the project last week, according to an article in the Richmond Times Dispatch.

Bally's, the proposed developer and operator of Bally's Richmond Casino Resort, will proactively embark upon a listening tour consisting of a series of in-person conversations and meetings in Richmond this week, the company announced on Monday.

“The objective of the tour is to provide Bally's, and Richmond residents and local business owners spanning all nine districts, with opportunities to engage with Bally's, and address important issues regarding the casino selection process, to ensure that Richmonders' interests and values are best served,” Bally's officials said in a company press release. Jonathan Davis, an African American Community Activist in Richmond, is partnering with Bally's in the planning and implementation of the listening tour.

The listening tour will consist of three events taking place on the following dates at each respective time and location:

"As we've said from the start, a key component of our proposal is partnering with the City of Richmond,” said Michael Monty, senior project manager of Bally's Richmond. “A critical part of building that partnership consists of listening to the community and its stakeholders. We want to hear Richmonders' thoughts, ideas and concerns so that we can best represent their interests and values. We look forward to this opportunity to engage with the community so that Bally's is best positioned to put Richmond first."