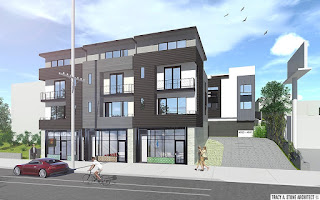 In August 2018, online investment platform Fundrise (a Real Estate Investment Trust) provided a $3.1 million loan for the acquisition of a 26,500 square foot (0.6 acre) property in the Eagle Rock neighborhood of Los Angeles, Calif. While the property is currently improved with two office buildings and a parking lot, the borrower acquired the site with plans to redevelop the land into a new housing subdivision.

On Friday, Fundrise reported that the borrower has successfully secured entitlements from the City of Los Angeles to subdivide the property into 17 smaller lots, upon each of which a new home can now be built. The now-entitled property is valued at approximately $4.2 million, based on a third-party appraisal, which is roughly 34 percent higher than the original $3.1 million purchase.

“The next step is to secure the building permits necessary to break ground,” Fundrise said in an update to investors. “At that point, the borrower plans to either refinance into a construction loan or sell the property to a home builder to pay back our investment.”

Fundrise, based in Washington, D.C., has been labeled as the first company to successfully crowdfund investment into the real estate market.
at May 22, 2020 No comments: 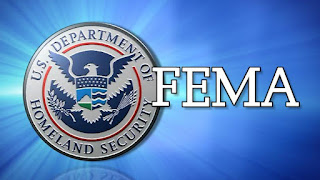 In support of the State of Alaska, the Federal Emergency Management Agency (FEMA) is in the planning stages to support contingency medical evacuation requirements during the coming fishing season. The COVID-19 pandemic combined with the Alaskan fishing season occurring June-August brings in approximately 60K-80K individuals into the state to support the fishing industry. The influx of a large transient workforce could potentially put stress on the medical system especially in the rural areas“This is a Special Notice that is a request for Information addressing the capability to provide an Air Ambulance Service in Alaska,” FEMA officials said in contract documents released Wednesday.In support of a State of Alaska request, as directed by and in coordination with FEMA, contractor rotary and fixed-wing aircraft will provide air transportation support for medical evacuation to support COVID-19 operations through Sept. 1.  Transport is anticipated to be one or two patients at a time.  The vendor will transport patients from various rural communities in the state to Anchorage.Potential pick up locations:•       Unalaska•       Cold Bay•       Kodiak•       Egegik•       King Salmon•       Dillingham•       Togiak•       Cordova•       Juneau•       Sitka•       Ketchikan
at May 21, 2020 No comments: 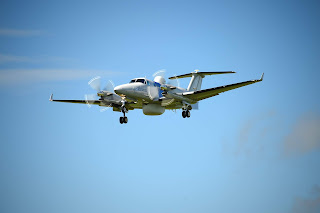 "These aircraft can fly six-hour missions and can deploy to hot spots where multi-sensor patrols assist both ground and marine agents to detect, interdict and prevent acts of terrorism as well as the unlawful movement of people, illegal drugs and other contraband toward or across the borders of the United States,” said Bob Gibbs, vice president, Special Mission Sales.

The CBP MEA is equipped with a sophisticated array of active and passive sensors, technical collection equipment and satellite communications capabilities that can be deployed for ground interdiction operations, air-to-air intercept operations and medium-range maritime patrols. The aircraft is operated by a crew of four, including two highly trained sensor operators who employ the mission equipment and coordinate the information flow to the ground.

A turboprop Cessna with Hellfire missiles is appropriate technology for air superiority and close air support in Afghanistan. [Click on images to enlarge] 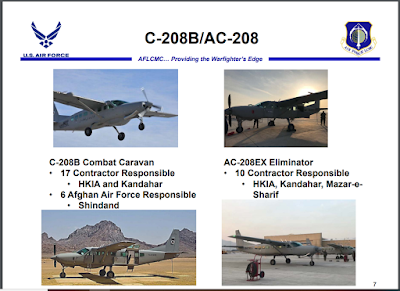 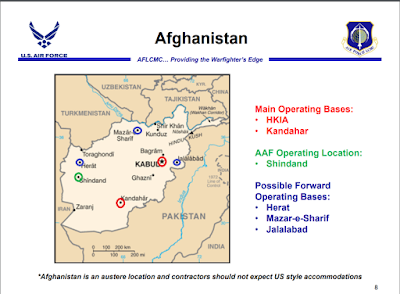 Urgent need for aircraft at US Marshals Service 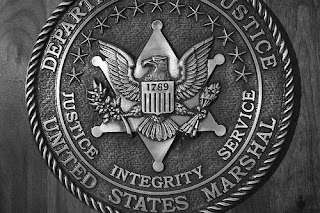 The United States Marshals Service, Investigative Operations Division, is seeking information from responsible sources and commercial agencies concerning the purchase of a used King Air 350i or Pilatus PC-12 aircraft to fulfill its unique mission objectives, according to contract documents released Tuesday. “The government is interested in communicating with industry early in the planning stages in complete transparency in an effort to satisfy this urgent government need,” the Marshals Service said in a Request For Information (RFI) document. “This RFI is issued solely for information and planning purposes; it does not constitute a Request for Proposal/Request for Quote or a promise to issue any kind of solicitation in the future.”

Interested parties are requested to respond to the Department of Justice no later than May 29.
at May 20, 2020 2 comments: 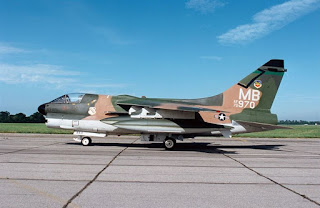 The U.S. Army is relocating a few aircraft from their Aberdeen Proving Grounds facility in Maryland to the Museum of Aviation at Robins Air Force Base in Georgia, according to contract documents released last month.

The Army is looking for a contractor to provide aircraft relocation services to support the move. The scope of work for this project is to relocate one complete A-7D aircraft. One additional complete A-7D fuselage assembly, less main wing and horizontal stabilizers. Six complete and undamaged A-7D external fuel tanks. From the remaining A-7D aircraft remove the most serviceable components consisting of one intact A-7D canopy, one ejection seat, one heads up display, one radome, one complete set of external lights and one set of wingtip assemblies.

“These are historic aircraft and must be disassembled and moved with the purpose of reassembling the aircraft at the Museum of Aviation,” the Army said in contract documents. “All systems and components cannot be cut, torn or damaged during disassembly, transport and reassembly. All wiring, tubing, cables and attach points will be disconnected and reconnected at the reassembly location. The complete A-7D aircraft end product delivered must be completely reassembled and all systems and components reconnected and potentially fully functional. The A-7D fuselage will be delivered complete and on its landing gear. No other assembly is required. Exceptions may be considered by the end user and approved on a case by case basis. The six A-7D external fuel tanks will be delivered with storage cradles or fixtures.”

The A-7 Corsair II was a light attack bomber developed for the Navy by Ling-Temco-Vought Inc. in 1963 as a replacement for the A-4 Skyhawk. The A-7D is the Air Force version of the Corsair II. During the Vietnam conflict, the Air Force operated A-7Ds from bases in Thailand. The last combat missions for A-7s were flown by the Navy in Desert Storm in 1991.

In addition to the A-7D planes, the contractor will relocate one Russian MIG-21 aircraft and one MIG-21 crated R-29 engine from Aberdeen to the museum in Georgia. The MiG-21 is a supersonic jet fighter and interceptor aircraft designed by the Mikoyan-Gurevich Design Bureau in the Soviet Union.
at May 18, 2020 No comments: 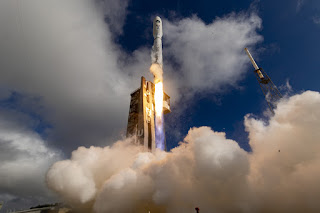 A United Launch Alliance (ULA) Atlas V 501 rocket carrying the Air Force's X-37B Orbital Test Vehicle (OTV-6) lifted off on Sunday at 9:14 a.m. EDT, from Space Launch Complex-41. This marks the 84th successful launch of an Atlas V rocket. This is the sixth flight of the X-37B. Details of the mission are classified.

Along with OTV-6, this mission deployed FalconSat-8, a small satellite developed by the U.S. Air Force Academy and sponsored by the Air Force Research Laboratory to conduct experiments on orbit. The mission also carried two NASA experiments, including a material sample plate to determine the results of radiation and other space effects on various materials, and an experiment which will assess space effects on seeds used to grow food. Another experiment sponsored by the Naval Research Laboratory will examine the ability to transform solar power into radio frequency microwave energy which could be transmitted to the ground.

ULA's next launch is NASA's Mars 2020 mission carrying the Perseverance rover on an Atlas V rocket. The launch is scheduled for July 17 from Space Launch Complex-41 at Cape Canaveral Air Force Station, Fla.
at May 17, 2020 No comments: 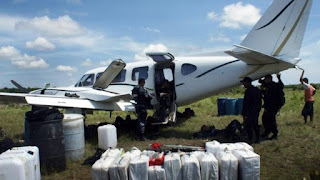 The Honduran Congress has approved a new aerial interdiction law designed to further enhance the country´s ability to combat narco-trafficking in the country and throughout the Western Hemisphere. The new law was championed by President Juan Orlando Hernandez and passed during virtual session of the National Congress on Thursday.

“The purpose of the new law is to establish the rules and procedures for the location, identification, tracking, and interception of illegal aircraft,” Honduran officials said in a press statement. “It allows Honduran officials to employ aircraft tracer cartridges on planes that are reasonably suspected of being primarily engaged in illicit drug trafficking, It will facilitate cooperation with other countries in the region and gives authorities the ability to identify, track and intercept aircraft that enter Honduran airspace illegally."
at May 17, 2020 No comments: