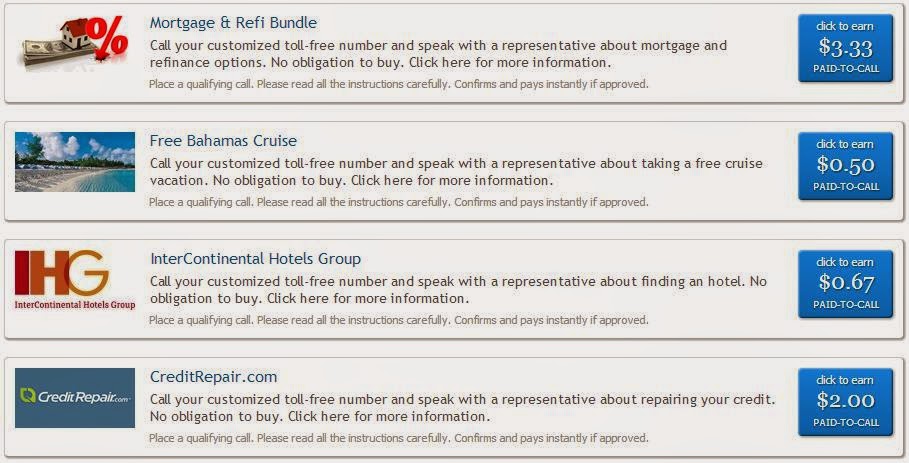 The online advertising website ClixSense will shut it's doors for good in Rome, N.Y., this week. “We are relocating the business to Hampstead, N.C.,” company officials said in an announcement posted on the ClixSense website Tuesday.

“On Thursday, Aug. 7, ClixSense will shut it's doors for good in Rome,” company officials said. “The ClixSense ownership will remain the same, as will the ClixSense staff. Two of our staff (Becki and Aaron) will remain in and work from New York while myself and Joe will continue to run the business from Hampstead.

“This move was more of a personal decision rather than a business one. But because North Carolina is one of the top states in the U.S. to conduct business (according to Forbes.com), we feel this will be a fantastic move for ClixSense. We look forward to continued success from North Carolina.”

While using ClixSense, consumers can actually get paid for their web browsing, up to $0.02 for every website visited or advertisement viewed. The income you earn is paid directly to you every month, and its free, CLICK HERE.
at August 05, 2014 2 comments:

Space Exploration Technologies' (SpaceX) founder Elon Musk announced Monday a strategic decision to build a launch site in the outskirts of Brownsville, Texas, where the company plans to fly its signature Falcon 9 rocket. SpaceX already has launch sites at Vandenburg Air Force Base, Calif. and Cape Canaveral Air Force Station, Fla. The new site will be at Boca Chica Beach, on the edge of the Gulf of Mexico and saddling the Rio Grande.

The much anticipated decision finally came after more than three years of analyzing sites in Georgia, California, Virginia, Alaska, Puerto Rico and Florida. Earlier this month, the project was given the green light by the Federal Aviation Administration, as part of the federal environmental process.

The Greater Brownsville Incentives Corp. committed $5 million as part of the overall incentives package proposed to SpaceX for the commercial launch site and command center.

SpaceX plans to create 500 jobs over a 10-year period and invest $80 to $100 million in capital investment. The project entails three separate components: the rocket launch site, a control command center and a ground tracking station, all within two miles of each other.

"Our unique geographic location and proximity to both the equator and the Gulf of Mexico, gave Brownsville an advantage over the other locations being considered by SpaceX," said Jason Hilts, president and CEO of the Brownsville Economic Development Council.

The direct economic impact by SpaceX would be more than $51 million annually in salaries. Economic experts figure another 300 to 400 jobs will be created from suppliers either moving to or expanding in the Brownsville area.
at August 04, 2014 No comments: 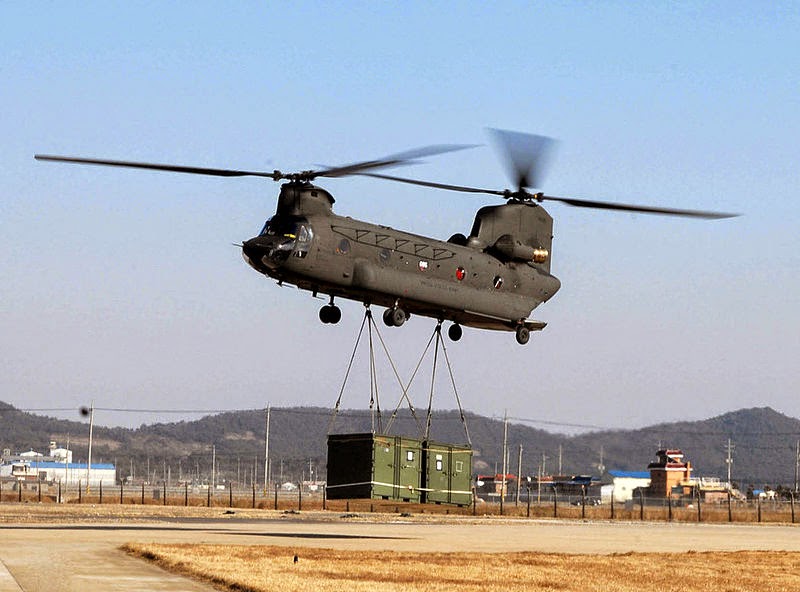 Billings Flying Service bought the first two CH-47Ds that were sold through military auctions earlier this year. They are one of three civilian operators to purchase the model, but the first to obtain the restricted category type certificate so quickly.

Billings Flying Service has uncommon experience operating heavy-lift helicopters such as Sikorsky S61, Eurocopter 330J, and various Bell mediums. Billings is already completing modifications so the Chinooks can be fully optimized for the vehicle reference operations their clients require.

"Billings Flying Service has a backlog of customers who are excited to begin utilizing all of the extraordinary capabilities of this aircraft," Blain said.

Gary Blain, co-owner of Billings Flying Service said, "The CH-47Ds will be incorporated into our fleet for our customers for every mission segment it currently performs including construction and firefighting. The Chinook offers the heaviest lift capacity available and will outperform the Sky Crane considerably on a hot, high day."

Billings Flying Service is based in Billings, Mont.
at August 04, 2014 No comments: 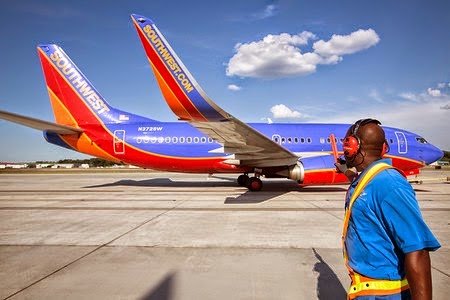 Southwest Airlines on Monday added new flights for customers' travel through early March, bringing two additional destinations to the carrier's complement of cities with new nonstop service to and from Dallas (Love Field). Flights between the heart of Dallas and both San Francisco International Airport and Oakland International Airport begin Jan. 6.

Along with the additions of Oakland and San Francisco, this will give Dallas customers access to a total of 33 destinations via nonstop service on Southwest Airlines by Jan. 6. 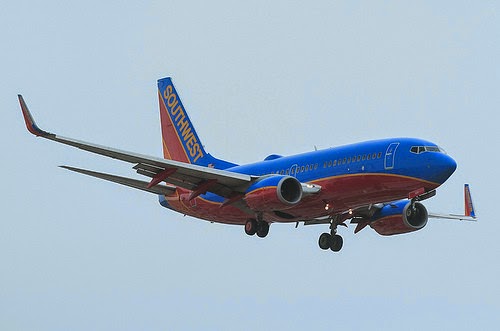 In January 2012, Bondurant's work performance was evaluated as "outstanding." On Feb. 22, 2012, Bondurant discovered that Southwest Airlines had improperly shipped a package of lithium ion batteries that was not packaged or labeled correctly. Improperly packaged lithium ion batteries have resulted in fires that have downed cargo planes and killed flight crewmembers. Bondurant notified a group of five managers that the batteries had, in fact, been shipped on a Southwest Airlines passenger flight. Less than two months after bringing forth his concern, Bondurant's employment with Southwest Airlines was terminated after 23 years.

After his firing, Bondurant filed an AIR21 Complaint. The AIR21 statute protects whistleblowers in the aviation industry from discrimination in respect to compensation, terms, conditions, or privileges of employment.

As a result of the whistleblower claims, the FAA launched an investigation into the February 2012 incident. During the FAA investigation, Southwest made statements to the FAA that are contradicted by the evidence brought forth by Bondurant's claims. On Nov. 7, 2012, the FAA sent a Notice of Proposed Civil Penalty to Southwest Airlines, recommending a $16,200 fine.
at August 04, 2014 No comments: 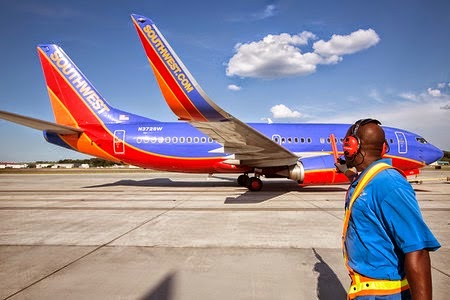 2.) NOAA's $9-million aircraft never put to use - Since the National Oceanic and Atmospheric Administration was established in 1970, the agency has operated aircraft to aid in the collection of earth observation data to understand and predict changes in climate, weather, oceans, and coasts; collect data necessary for weather and water forecasts; and help conserve and manage coastal and marine ecosystems and resources. [Full story] 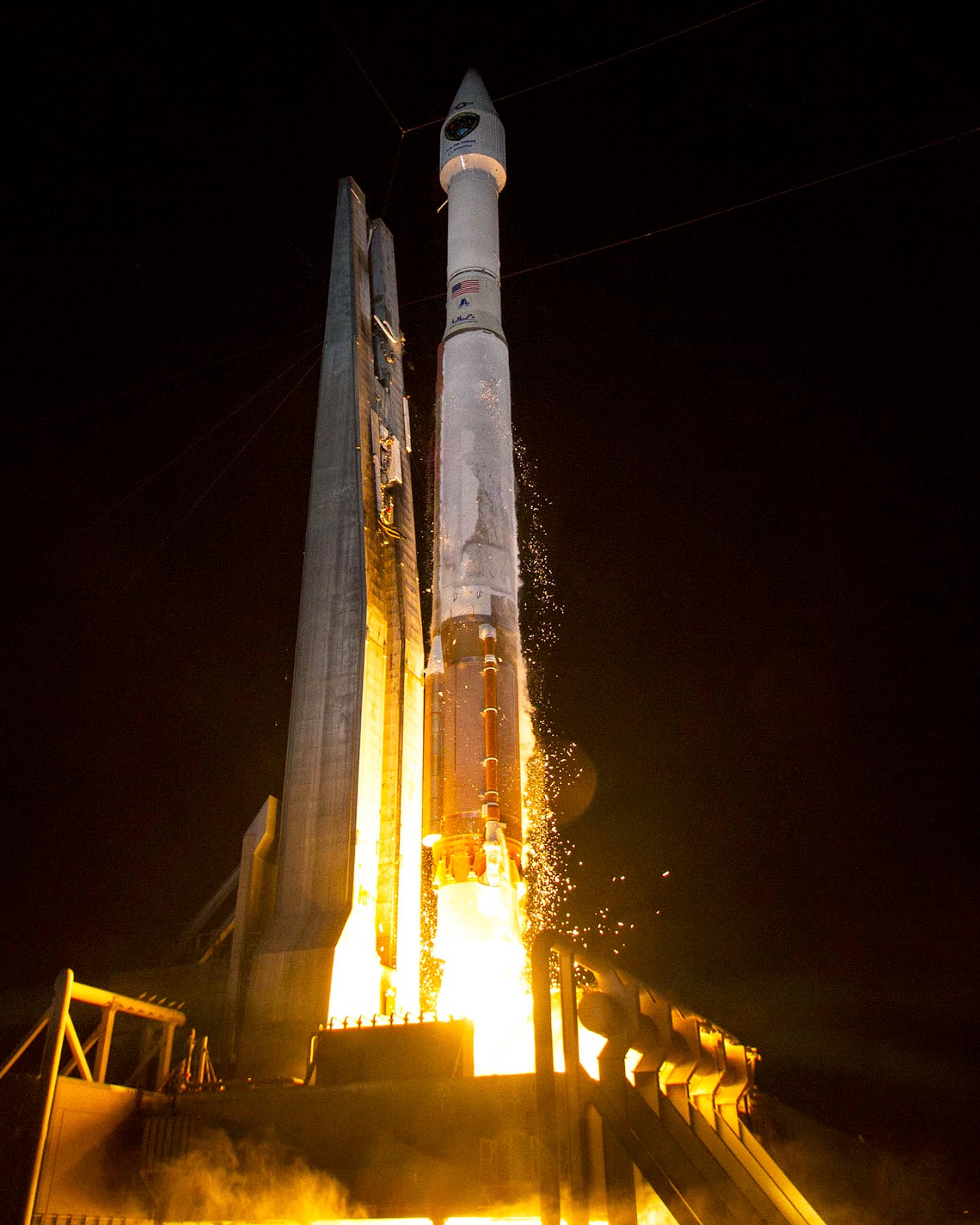 A Boeing-built Global Positioning System (GPS) IIF satellite, launched Friday, has sent the signals to controllers that confirm it is currently operating properly within the constellation that millions of people rely on for timing and navigation information.

GPS IIF-7 was launched aboard a United Launch Alliance Atlas-5 rocket from Cape Canaveral, Fla. It is the seventh of 12 such satellites Boeing has built for the U.S. Air Force, and the third on-orbit delivery this year.

Created by the Department of Defense to enhance U.S. military warfighting capability, GPS is available for use, free of charge, to anyone with a GPS receiver. U.S. and allied military forces use GPS devices in virtually every system to improve their capabilities and effectiveness. From finance to farming to tracking packages, use by the civilian community continues to grow rapidly and new commercial applications are continuously being developed.

GPS IIF-7, launched Friday, is the seventh in a series of next-generation GPS satellites and will join a worldwide timing and navigation system utilizing satellites positioned in orbit above the Earth's surface. The sixth GPS IIF was launched May 16. GPS IIF-8, slated for launch during the fourth quarter, arrived at Cape Canaveral on July 16 to undergo final launch preparations.
at August 03, 2014 No comments: