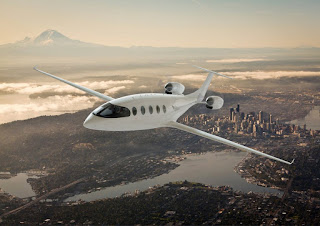 Eviation Aircraft, a global manufacturer of all-electric aircraft, unveiled the design for its Alice all-electric aircraft, which is on track for first flight later this year. The production configuration, optimized based on real-world lessons learned and customer feedback, defines Alice's path to certification and entry into service expected in 2024.

Alice, a nine-passenger, two-crew member aircraft, produces no carbon emissions, significantly reduces noise, and costs a fraction to operate per flight hour. The aircraft is powered by two magni650 electric propulsion units from magniX, the only flight proven electric propulsion systems at this scale. The advanced fly-by-wire system is made by Honeywell, the market leader in such systems. The single-volume, high-energy density Alice battery system is made from currently available battery cells and is not reliant on future advancements.

Ontario International Airport (ONT) officials are celebrating the launch of Avianca Airlines' service to El Salvador – the first of its kind between the Inland Empire to Central America. More than 100 passengers were expected aboard Avianca's history making inaugural flight Thursday night.

Avianca will operate from Terminal 2 at ONT and serve the ONT-SAL route with Airbus 319 aircraft, accommodating as many as 120 passengers in business and economy class seating. 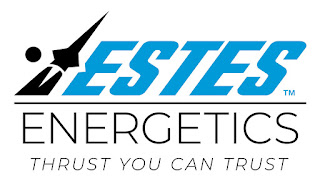 Estes Industries, the world leader in small solid-propellant rocket motors, announced Monday the creation of a spin-out company designed to serve government and industry customers. Known as Estes Energetics, the new company provides full-spectrum engineering capabilities and bridges the gap between the hobby rocket industry and large aerospace companies. With the formation of Estes Energetics, customers now have an agile and innovative source for solid rocket motors.

Estes Energetics will deliver research, development, rapid prototyping, testing, integration, and production for small solid rocket motors for a range of atmospheric and space applications. Utilizing the company's rapid prototyping capabilities, the Estes Energetics team recently completed the development of a booster motor for a rocket-launched unmanned aircraft for a prime defense contractor, taking the design from initial concept to delivery of an initial production lot in less than six months.

Estes Energetics is led by Karl Kulling, who has over fifteen years' experience leading engineering, manufacturing, and business development in aerospace and other industries. He most recently built and led the Future Vertical Lift strategy team at Bell and previous led one of Bell's composites manufacturing facilities. Karl started his aerospace career at Aurora Flight Sciences as a leader in the research and development organization.