You might have heard of JLENS, the U.S. Army’s cruise-missile fighting radar blimp that will be stationed at Aberdeen Proving Grounds, Md. Here are some things you probably didn't know about it. 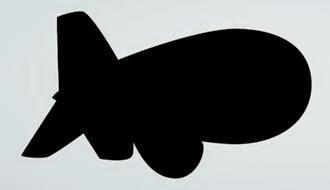 The GSLV-Mk III is a launch vehicle currently under development by the Indian Space Research Organization (ISRO). GSLV-Mk III is conceived and designed to make the ISRO fully self reliant in launching heavier communication satellites of INSAT-4 class, which weigh between 4,500 and 5,000 kilograms. It would also enhance the capability of the country to be a competitive player in the multimillion dollar commercial launch market. The vehicle will have a multimission launch capability for geosynchronous transfer orbit, low earth orbit, polar and intermediate circular orbits.

The GSLV-Mk III is designed to be a three-stage vehicle 42.4 meters tall with a liftoff weight of 630 tons. The first stage comprises two identical S200 Large Solid Boosters with 200 tons of solid propellant that are strapped to the second stage, the L110 restartable liquid stage. The third stage is the C25 LOX/LH2 cryo stage. The payload fairing measures five meters in diameter. 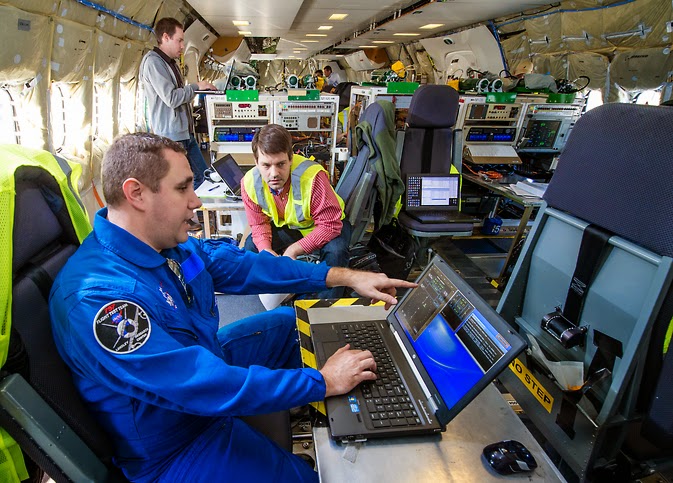 Known as ASTAR, or Airborne Spacing for Terminal Arrival Routes, the software is designed to give pilots specific speed information and guidance so that planes can be more precisely spaced, enabling pilots to fly a "follow the leader" approach to their destination airport.

This type of approach would minimize flight path deviations, allow more efficient use of existing airspace and possibly reduce noise over communities surrounding airports – all of which could lead to reductions in commercial flight delays.

The software is being  tested on the Boeing ecoDemonstrator 787 Test Airplane as part of  The Boeing Company’s ecoDemonstrator Program, a multi-year effort that aims to identify and accelerate the development and testing of new technologies and methods that can potentially reduce the environmental impacts of aviation.

During the flight tests, NASA engineer Roy Roper operates ASTAR on a laptop in the rear of the aircraft. As a second aircraft flies in front of the ecoDemonstrator 787, ASTAR computes and displays the speed required to follow safely behind. Roper then communicates those speed commands to the ecoDemonstrator 787 pilots.

The ASTAR experiment is the first of several NASA tests flying aboard the ecoDemonstrator Test Airplanes. During the spring and summer of 2015, the ecoDemonstrator 757 Test Airplane will host two NASA experiments. The first involves using active flow control technologies on the aircraft's tail to determine if future tail designs can be altered to reduce drag. The second will test the effectiveness of coatings applied to the leading edge of a wing section to reduce turbulence-inducing buildup of insect residue.
at December 15, 2014 No comments:

EVA Air will initiate non-stop flights between Taipei and Houston's George Bush Intercontinental Airport on June 19, 2015. The airline will start the new service with three flights a week and increase frequency to four on July 1, 2015. The route will give passengers a comfortable way to fly from the Southwestern region of the United States to Taipei and, with just one easy stop, connect onward to major destinations throughout Asia, including Mainland China, Singapore and Vietnam.

EVA will serve the route with a brand-new Boeing 777-300ER equipped with Wi-Fi, the latest inflight entertainment system and SMS roaming service that passengers can use to send and receive short messages on their own mobile phones. The aircraft is scheduled for delivery in May 2015 and will be specially painted nose-to-tail with Texas-sized Hello Kitty and Sanrio characters. It will have 333 seats, configured with 39 in Royal Laurel Class business, 56 in Elite premium economy and 238 in Economy.
at December 15, 2014 No comments: 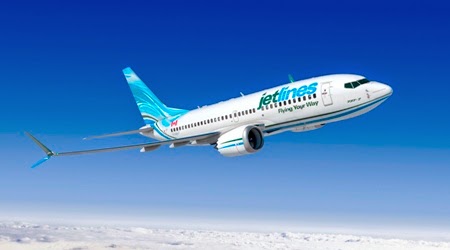 The Boeing Company and Jetlines announced an order for five 737 MAX 7s on Monday as the new Canadian ultra-low cost carrier builds its future fleet. The order, valued at $438 million at current list prices, includes purchase rights for an additional 16 737 MAXs.

The new airline, headquartered in Vancouver, British Columbia, plans to tap into passenger demand by offering low cost airfares on routes that avoid direct competition with other airlines.

The 737 MAX incorporates the latest technology CFM International LEAP-1B engines, Advanced Technology winglets and other improvements to deliver the highest efficiency, reliability and passenger comfort in the single-aisle market. The 737 MAX 7 will be capable of flying more than 3,800 nautical miles, extending the range over today's 737-700 by approximately 400 nautical miles (741 kilometers).

Aiming to promote partnership, strength and presence, the exercise includes combined visit, board, search, and seizure operations, communication exchanges, and various other aspects of naval operations.
at December 15, 2014 No comments: 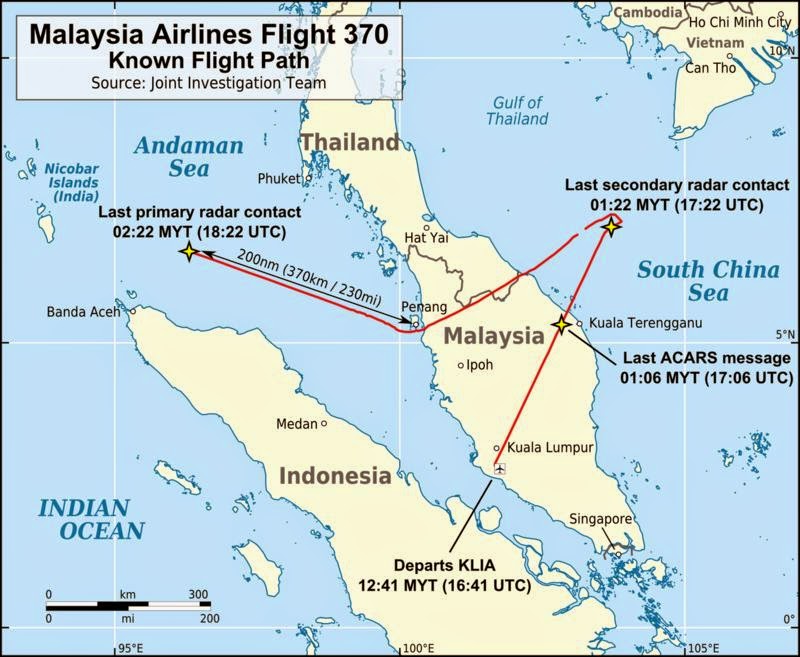 Critical days were lost in the search for MH370 because Malaysian authorities initially rejected evidence from a British satellite company that the Boeing 777 with 239 aboard was in the Southern Indian Ocean.

British sources told AirlineRatings.com Editor Geoffrey Thomas that within 24 hours of the disappearance of MH370 on March 8, Inmarsat, a satellite communications company based in the United Kingdom, advised the relevant Malaysian authorities of their findings but were rebuffed.

Inmarsat then approached the U.K. Air Accidents Investigation Branch (AAIB) with its data and it immediately recognized the significance.

Inmarsat was contracted to provide a data link to the Malaysian Airlines fleet and continued to get a signal every hour from MH370 till 8.19 a.m. Perth time.

The Malaysian authorities were forced to take the findings seriously when the AAIB teamed with Inmarsat to represent the data around March 14 - five days after the Boeing 777 disappeared.
at December 14, 2014 No comments: