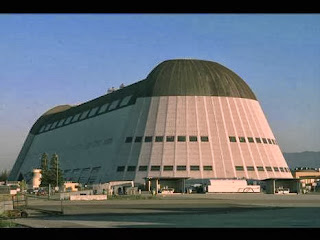 3.) Moscow-based ViraZH orders 79 Cessna 172 aircraft - Cessna Aircraft Company announced in September an order for 79 Cessna 172 Skyhawk aircraft, one of the largest orders on record for the aircraft, at Moscow’s JetExpo 2013. [Full post]

4.) Beechcraft Baron, eye in the sky for ISR missions - Military and law enforcement agencies across the globe will find the mission persistence of the Beechcraft Baron ISR (intelligence, surveillance and reconnaissance) to be efficient and effective. [Full post] 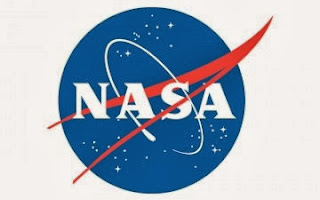 Due to the government shutdown, all public NASA activities/events are cancelled or postponed until further notice, the space agency announced on Tuesday.

“Sorry, but we won't be tweeting/responding to replies during the government shutdown,” officials at NASA's Wallops Flight Facility in Virginia said on Twitter. “Be back as soon as possible. Sorry for the inconvenience.”

During the shutdown, most NASA operations would cease and most employees would be furloughed, with the exception of operations and personnel needed to protect life and property.

In an effort to provide their users with an opportunity to earn more commissions, the website ClixSense announced Monday they are enhancing their affiliate signup commissions for all members. ClixSense is a website that provides a fast, fun and easy way to make a little extra money with paid surveys, micro task, free offers and paid-to-click (PTC) advertising.

“With our old commission structure only premium members earned a $0.50 signup commission once their affiliate has earned $1.00 in PTC ad clicks,” ClixSense officials said in a notice on the website. “With the new commission structure all members (standard and premium) can now earn from their affiliate signups as follows:
We are also making this retroactive for all active members, meaning we will be crediting you with signup commissions for all of your active referrals who have met the above criteria.


We've made it easier for you to earn more money and we have more exciting changes coming your way very soon.”

US firms asked to help with satellite project in Azerbaijan 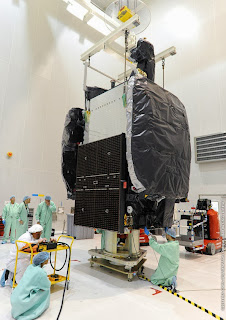 The U.S. Trade and Development Agency (USTDA) is seeking proposals from U.S. firms that are qualified to perform a feasibility study for a second satellite project in Azerbaijan. USTDA made the request in contract documents released Thursday through the Federal Business Opportunities website.

Azercosmos has already launched and is operating its first satellite, the Azerspace-1 communications satellite. Azercosmos partnered with MEASAT Satellite Systems, the leading satellite operator in Malaysia, to jointly operate this satellite, which has an orbital slot that covers not only the entire territory of Azerbaijan, but also the Caucasus, Central Asia and Europe as well as Middle East, Commonwealth of Independent States region and Africa. In order to meet the expected future demand in Azerbaijan, the region and Africa, the President of the Republic of Azerbaijan announced in 2012 the commitment to launch a second communications satellite, Azerspace-2. Azerspace-2 will meet this increased demand by using three different satellite frequency ranges, C-band, Ku-band and Ka-band; Azerspace-1 only uses C-band and Ku-band.

Azerbaijan established its space program in 2009 with the aim of improving communications in the country, diversifying the economy from oil and gas by establishing a satellite industry, and contributing to bridging the global digital divide. As part of this program, Azercosmos was created by the President of Azerbaijan that same year as the key implementation arm for the mandated space program. As such, Azercosmos is responsible for the design, implementation and management of the current and planned satellite projects of the Republic of Azerbaijan.

The U.S. firms selected to perform the feasibility study will be paid from a $604,000 grant from the USTDA. Interested companies should submit their proposal by Oct. 24. 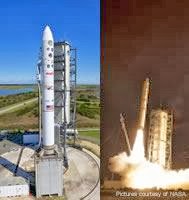 Due to unforeseen issues and federal sequestration implications, the Air Force announced Friday they are delaying the award of a Launch Services Mission Assurance (LSMA) follow-on contract. Air Force Space Command announced the delay in a notice published on the Federal Business Opportunities website.

The Air Force released the final Request For Proposal for the LSMA follow-on contract on Sept. 10 with proposals due Oct. 25.

“Due to unforeseen issues and federal sequestration implications, the LSMA follow-on award is delayed,” the Air Force said in the notice released Friday. As a result of the delay, the Excess Ballistic Missile (XBM) Sustainment contract incumbent, TASC, Inc., will continue engineering support until the follow-on LSMA contract is awarded in April.

“It is critical for XBM Sustainment Engineering Support to be continued,” the Air Force said.

The extension of the XBM contract with TASC, Inc. will run for four months, Dec. 14 through April 14; in addition to this extension, the government is considering additional option months to ensure XBM sustainment support is provided until award of the LSMA contract.

“The sole purpose of this contract modification is to ensure the critical XBM Sustainment Engineering services continue until award of the competitive solicitation is awarded,” the Air Force said. “This acquisition action does not assume that the incumbent is the only contractor who can provide this support. This action only assumes that there are no other contractors at this time who are capable of providing these services without an unacceptable delay. As stated previously, full and open competition is expected for the follow-on effort.”