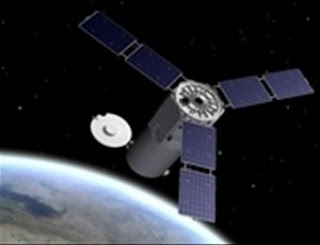 Designed, manufactured, integrated and tested by ISR Systems in Danbury, Conn, ORS-1 is a 500-kilogram satellite that is providing a warfighting advantage.

"The ORS-1 satellite has been meeting or exceeding expectations since its launch and continues to provide daily support to U.S. Central Command and to those tasked to protect our troops and efforts overseas," said Andreas Nonnenmacher, general manager, ISR Systems.

Initiated to fulfill requirements from the commander of U.S. Strategic Command to support U.S. Central Command, the satellite went from the drawing board to delivery in 30 months.

ORS-1 has demonstrated an alternative to normal acquisition process for other intelligence, surveillance and reconnaissance (ISR) platforms, UTC said in a company press release. “ORS-1 is an affordable contributor to the ISR 'force mix' in this fiscally constrained environment.”

ORS-1 features a modified version of the SYERS-2 multispectral sensor, the primary imaging sensor on the Air Force U-2 reconnaissance plane. Alliant Tech Systems was ISR Systems' subcontractor for the spacecraft bus, derived from its TacSat-3 system.

The ORS-1 Program is managed by the Space Development and Test Directorate located at Kirtland Air Force Base, New Mexico, on behalf of the Operationally Responsive Space Office at the same location.