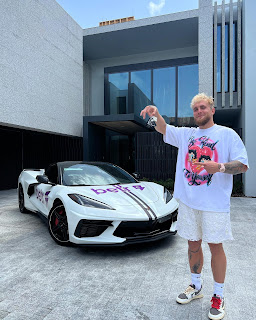 Social media personality and professional boxer Jake Paul, along with founder and CEO Joey Levy, have joined together to create a new media venture and sports wagering app geared toward micro-betting.

Based in Miami, Fla., the new venture, called Betr, will be the first direct-to-consumer micro-betting focused sports betting company.

Micro-betting provides instant gratification for sports bettors that place a wager on a certain pitch or at-bats in a baseball game, or plays and drives in football. It's basically betting on an individual moment in a game rather than the final score.

“Betr is setting out to disrupt legacy gambling and legacy media, with a mission of making sports and betting betr,” the company said in a press release.

CEO Joey Levy is the co-founder of Simplebet, the B2B technology company that has pioneered micro-betting on U.S. sports by building the machine learning and automation infrastructure to enable this new form of betting to exist at scale.

Betr will be leveraging Simplebet's technology and is releasing its app in the coming weeks, initially as a free-to-play experience available in all 50 states, with a state-by-state rollout of its licensed real money betting experiences to follow later this year, the company said.

Betr has secured market access in multiple U.S. states through strategic partnerships that the company will be announcing in the near future.

Paul kicked off the launch of Betr's media company with a preview of 'BS w/ Jake Paul,' the first of many Betr will release as it aims to become the primary media platform for the next generation of sports fans.

The Betr media show will feature Jake along with his celebrity friends taking fans on a journey across the landscape of sports and sports betting through the eyes of an A-list athlete.

“We believe micro-betting will ultimately emerge as the predominant way consumers bet on U.S. sports,” the company said in their press release.

"I wasn't into sports betting until I was introduced to micro-betting," Paul said. “I am excited to bring it to the masses. We are getting licensed state-by-state, adhering to each state's regulatory framework while advocating for important consumer protections and responsible gambling.”

Over 30 U.S. states and the District of Columbia have some form of legal sports wagering today.