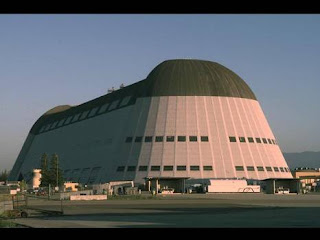 The Department of Defense (DOD) has ended a sweetheart fuel deal that allowed a company owned by top Google executives to buy discounted jet fuel for a fleet of aircraft based at Moffett Federal Airfield (MFA) in California. The public interest group Consumer Watchdog said Friday the aircraft should be evicted from the facility and an investigation opened to see if laws were broken.

The Google executives' aircraft, a Boeing 767, a Boeing 757 and four Gulfstream V's, were allowed to be based at NASA's Ames Research Center, Moffett Federal Airfield, ostensibly because they were to be used to do research flights for NASA, but the WSJ documented that few of the flights originating from Moffett were NASA related. Some were flights to Tahiti, Hawaii and Croatia.

"What's truly outrageous is their company appears to have bought $6 million worth of fuel subsidized by taxpayers that they weren't entitled to at all,” said John Simpson, Consumer Watchdog's Privacy Project Direct. “Why should they get to fill up their fuel tanks to fly on personal junkets around the world, when we're all struggling to fill our gas tanks?"

H211 was only entitled to buy fuel from the Department of Defense when the planes were used for NASA missions. However, as The Wall Street Journal reported Thursday, only 155 scientific missions had been flown for NASA as of last year, while more than 710 flights had departed Moffett since 2007.

The contract between H211 and the Pentagon specifies that the fuel was supposed to be used only "for performance of a U.S. government contract, charter or other approved use."
The Wall Street Journal reported that 2.3 million gallons of fuel were purchased from the DOD since 2009 for the Google jets at an average cost of $3.19, while the average price at commercial airports for the same period was $4.35, a savings totaling $2.67 million.
NASA's relation with the Google executives is under investigation by NASA's Inspector General (IG).

Sen. Charles Grassley (R-Idaho) has also raised questions about the arrangement. The sweetheart deal that allowed the fuel purchases was terminated Aug. 31, probably because of the IG's investigation, Consumer Watchdog said. However, the aircraft are still based at Moffett, about three miles away from Google's headquarters.

In May, the General Services Administration (GSA) on behalf of NASA issued a Request for Proposals to solicit lease proposals for the rehabilitation and adaptive reuse of NASA's historic Hangar One located at Moffett.

The proposed long-term lease of Hangar One and MFA offers a unique opportunity for the private sector to collaborate with the government to reposition and manage federally owned property for private and public sector reuse, the GSA said.

"In the face of declining budgets and significant mission changes, NASA has been challenged to repurpose historic Hangar One and manage the airfield to support other non-NASA users,” said GSA Acting Administrator Dan Tangherlini. “This competitive approach is designed to create opportunities for development while eliminating NASA's management costs of the airfield." 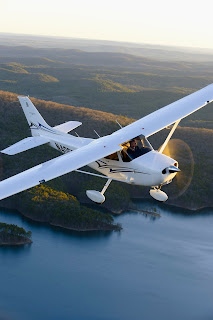 Cessna Aircraft Company announced Friday an order for 79 Cessna 172 Skyhawk aircraft, one of the largest orders on record for the aircraft, at Moscow’s JetExpo 2013.

Moscow-based ViraZH, plans to use the Skyhawks for training purposes at various flight schools throughout western Russia. The order is part of a multi-year agreement between Cessna and ViraZH, with all 79 aircraft set to be delivered by the third quarter of 2014.On completion of the final delivery, ViraZH will have one of the world’s largest fleets of Skyhawk 172 aircraft in operation. 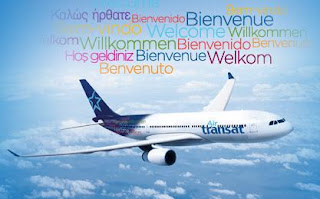 Transat A.T. Inc. announced Friday the signing of an agreement for the seasonal leasing of Boeing 737-800 narrow-body aircraft that will be supplied in the winter by Transavia France, the Air France/KLM Group's French leisure airline. The five-year pact is for four planes for the winter of 2015, five for 2016, six for 2017, seven for 2018 and eight for 2019. The aircraft, which will be operated by Air Transat, will fly to destinations in Mexico and the Caribbean.

On July 24, Transat announced an agreement with the U.S.-based International Lease Finance Corp. for the long-term leasing of four Boeing 737-800s, which will become the core of Air Transat's permanent narrow-body fleet.

"This deal gives us greater flexibility and a significantly improved cost structure,” said Jean-Marc Eustache, president and chief executive officer of Transat. “This strategy is key to our future success and to a return to profitability in winter.”

"By renewing an agreement originally forged between the two companies in 2010, Transavia France is once again improving its flexibility and its ability to adapt to the seasonal nature of its operations,” said Antoine Pussiau, president and chief executive officer of Transavia France.

Gitlin has served as senior vice president of Aircraft Systems since the launch of UTC Aerospace Systems.

Gitlin, 44, has been with UTC since 1997, holding leadership positions in legal, business development, program management and customer service. Before the acquisition of Goodrich, he served as president, Aerospace Customers & Business Development, at Hamilton Sundstrand, where he oversaw aerospace customer service and support, business development activities, strategic partnerships, and mergers & acquisitions.

UTC is based in Hartford, Conn. 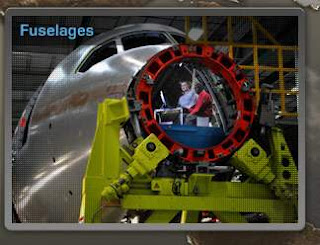 Spirit AeroSystems, Inc. on Thursday continued its previously announced workforce reductions by issuing layoff notices to approximately 150 salaried and management workers in Wichita, Kan. In addition, a significant number of Spirit salaried employees have expressed interest in voluntary retirement and voluntary layoff programs. The company is offering a lump sum severance payment and career transition services to employees who are laid off, and a lump sum severance payment and enhanced healthcare and pension options to eligible employees who decide to participate in the voluntary retirement program.

At the same time Spirit is reducing its salaried and management population, the company is hiring several hundred more factory workers, including assembly, composite, metals and process mechanics, and quality inspectors. These company actions to balance the workforce are being taken to meet record demand from its customers, and become more competitive in a cost-sensitive environment. Spirit is already producing at record rates and ramping up for further increases later this year and in early 2014. Spirit's backlog remains robust at about $38 billion.

Dunkin' Donuts looks to develop 150 restaurants in the UK

Founded in 1950, Dunkin' Donuts currently has more than 10,500 restaurants in 31 countries around the world, including more than 100 locations across Europe in Bulgaria, Germany, Russia and Spain.