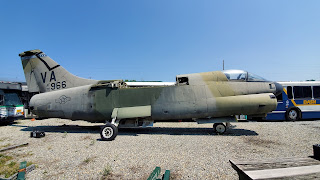 The Virginia Museum of Transportation in Roanoke, Va., welcomes guests from across the nation and around the world. The museum exists to preserve Virginia’s transportation history and to honor the workers whose talents created the transportation marvels in the collection. Although all modes of transportation are represented, the museum is mostly focused on telling the story of Roanoke’s rich rail heritage. Taking a walk outside the museum provides an outstanding display of old trains, buses and emergency vehicles. A deep walk into the collection will find yourself stumbling upon a vintage Vought A-7 Corsair II attack aircraft from the 1960's. 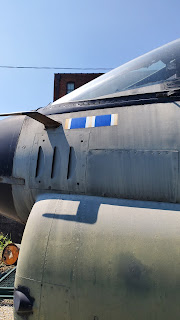 The A-7 Corsair II is a carrier-capable subsonic light attack aircraft designed and manufactured by American conglomerate Ling-Temco-Vought. The A-7 was developed during the early 1960s as a replacement for the Douglas A-4 Skyhawk. Development was rapid, first flying on Sept. 26,1965 and entering squadron service with the United States Navy on Feb.1 1967.

The A-7 at the Virginia Museum of Transportation sits outside the museum and is hidden behind a row of retired public transportation buses. The wingless aircraft proudly displays “Virginia AF 70 996” on it's tail. A quick Internet search on the serial number “70-0966” shows this same jet was once assigned to the Virginia Air National Guard. Since its retirement the aircraft has been on display at Richmond International Airport, Virginia Aviation Museum and Shannon Air Museum in Fredericksburg, just to name a few.

What is the future for this retired military jet? Who knows. But it was a neat find on a beautiful summer day at the Virginia Museum of Transportation. 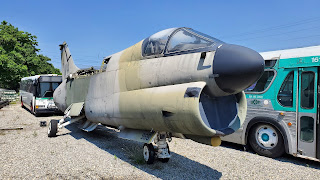 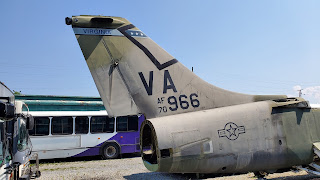 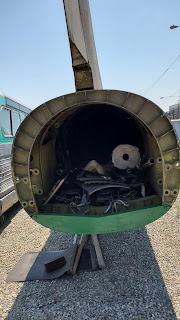 A single-engine Cessna 208 Grand Caravan (tail number N1259K) aircraft was active out of Orange County Airport, Va., on Friday.
The aircraft made a series of flights dropping skydivers from an altitude of 13,500 feet (2-1/2 miles). The plane is registered to Desert Sand Aircraft Leasing Co. Inc., according to Federal Aviation Administration records.
The jumps are organized by Skydive Orange, a club-operated dropzone thats been in continuous operation since 1977 making them one the most established skydiving centers in the country. 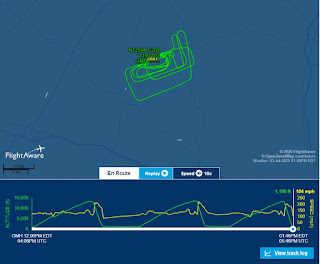 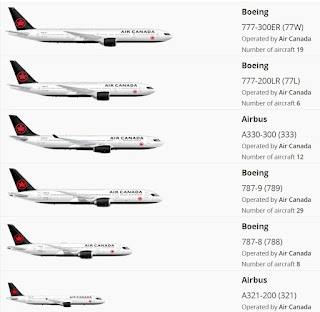 Air Canada announced Tuesday that it is indefinitely suspending service on 30 domestic regional routes and closing eight stations at regional airports in Canada.

These structural changes to Air Canada's domestic regional network are being made as a result of continuing weak demand for both business and leisure travel due to COVID-19 and provincial and federal government-imposed travel restrictions and border closures, which are diminishing prospects for a near-to-mid-term recovery.

As the company has previously reported, Air Canada expects the industry's recovery will take a minimum of three years. As a consequence, other changes to its network and schedule, as well as further service suspensions, will be considered over the coming weeks as the airline takes steps to decisively reduce its overall cost structure and cash burn rate.

As a result of COVID-19, Air Canada reported a net loss of $1.05 billion in the first quarter of 2020. The carrier has undertaken a range of structural changes:
Affected customers will be contacted by Air Canada and offered options, including alternative routing where available.
at July 01, 2020 No comments: 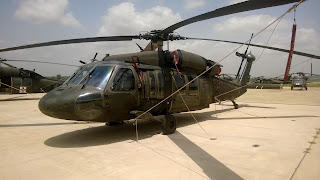 The sale will be on a first-come, first-served basis. Satisfactory arrangements must be made with state agencies for payment, pickup, handling, and transportation charges, when necessary.  Payment must be made within 30 calendar days after purchase, the Army said.

The aircraft are located at the BEST Aircraft Consolidation Facility in Huntsville, Ala.
at June 30, 2020 No comments: