The F-35C Lightning II carrier variant Joint Strike Fighters performed night flight deck operations aboard the aircraft carrier USS Nimitz off the coast of San Diego this week. These milestones are part of initial at-sea Developmental Testing I for the F-35C, which commenced Nov. 3 and is expected to last two weeks. The F-35C is the carrier variant of the F-35 Lightning II Joint Strike Fighter designed for the U.S. Navy as a first-day-of-war, survivable strike fighter complement to the F/A-18E/F Super Hornet. 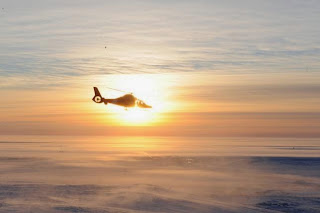 The U.S. Coast Guard has suspended the search for a missing aircraft in Lake Pontchartrain, Thursday.

“The Coast Guard has searched the 161 square-mile area 13 times over the past 20 hours,” said Lt. Cmdr. Mark Molavi. “We would like to extend our sympathies to the families during this difficult time.”

The search is suspended, pending further developments, the Coast Guard said in a press statement.
at November 13, 2014 No comments:

The U.S. Coast Guard is responding to a report of a missing aircraft in Lake Ponchartrain, Wednesday.

The aircraft was last seen on radar one mile northeast of the Lakefront Airport. The flight was reported to be a student instructor flight.

The Coast Guard is working together with Louisiana Wildlife and Fisheries, the Houston Air Traffic Control Center and Jefferson Parish Sheriff's Office to search for the two missing persons.
at November 13, 2014 No comments: 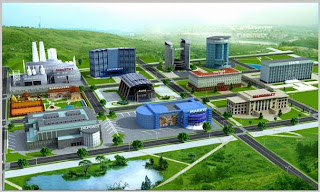 Climax Utilities, a virtual company created on the website ProEconomica, successfully conducted its first sale of utility water on Tuesday. The inaugural sale was conducted between Climax and a ProEconomica player in New Orleans, La. The player purchased 15 units of water from Climax at a cost of $1.50 per unit using virtual dollars.

"Our first sale in water is a historic milestone for Climax,” commented Brothel, CEO of Climax Utilities. He continued, "Our successful launch establishes ProEconomica players in New Orleans as an important cornerstone for this company. I am excited to see our continued growth."

The sale was conducted from Climax's virtual office on ProEconomica led by one virtual employee, Kim. The interactive nature of ProEconomica's virtual world combined with players worldwide allows for users to interact directly with each other and develop entrepreneurial skills.

"Through our customer service technology, we are providing global audiences with a secure platform where they can buy with confidence and trust," says Kim. "We are thrilled to have successfully completed our first sale without a single operational hitch. Everything went as planned, and we look forward to our next sale to a ProEconomica player in Las Vegas.”

Are you ready to develop your entrepreneurial skills in order to become a really successful businessman? Do you want to manage your own company or compete with other players in a virtual world based on the concepts found in reality? Then go to ProEconomica and get into an unique economic adventure. Join a virtual world that brings you real experience.
at November 12, 2014 No comments: