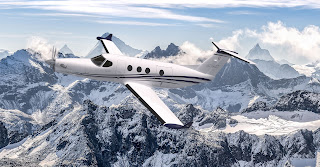 Textron Aviation has successfully completed initial ground engine runs on the prototype Beechcraft Denali single-engine turboprop powered by GE Aviation’s new advanced Catalyst engine. The ground engine runs, which took place at Textron Aviation’s west campus in Wichita, Kansas, verified the functionality of the fuel system and engine, as well as the interface with the avionics and electrical systems. The testing moves the aircraft closer to its milestone first flight, which is anticipated by the end of the year.

The Beechcraft Denali development program has achieved several important milestones in recent months. Earlier this summer, GE Aviation Catalyst engine was installed on the Beechcraft Denali prototype airframe and the aircraft was powered on for the first time. Two other Denali flight test articles are also in development. Three additional ground test articles will be used for the airframe static and fatigue tests, and for cabin interior development and testing. The company anticipates certification for the Denali in 2023.

The aircraft boasts a digital pressurization system maintaining a 6,000-foot cabin altitude at a service ceiling of 30,000 feet. 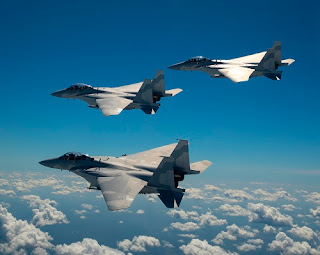 “The relationship the United States shares with Qatar is critical to the stability and security of the central command area of responsibility,” said Lt. Gen. Greg Guillot, commander of 9th Air Force.

The first set of F-15QA jets will ferry to Qatar later this year following the completion of pre-delivery pilot training.

“The Qatar F-15QA program further enhanced next-generation technologies in the advanced F-15 such as the fly-by-wire flight controls, an all-glass digital cockpit and contemporary sensors, radar and electronic warfare capabilities,” said Prat Kumar, vice president of the F-15 program. “The F-15QA will enhance the superiority of the QEAF with more speed, range and payload than any fighter in the world.”

Boeing will establish and operate an aircrew and maintenance training center for the QEAF at Al Udeid Air Base in Qatar through 2024 while also providing in-country spares and logistics support once aircraft are delivered.