New Western Sydney Airport due for completion in 2026 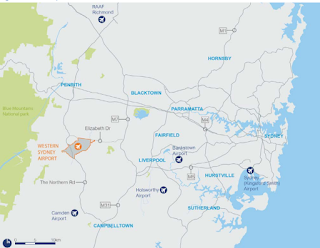 Bechtel, a global leader in project management, engineering, procurement and construction, has been selected by WSA Co as its Delivery Partner and Project Manager for the Western Sydney Airport, a $5.3 billion greenfield facility in Badgerys Creek, New South Wales. This will be a landmark project for both New South Wales and Australia, and is due for completion at the end of 2026.


Western Sydney Airport will provide much-needed additional aviation capacity to meet growing demand in the Sydney basin and improve access to flights for people in Western Sydney.
at July 07, 2018 No comments: 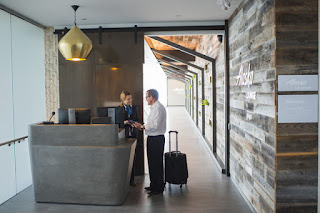 With the addition of this new and expanded JFK service, Alaska provides 38 daily flights to 19 nonstop destinations from San Jose.

Timed with the flight expansion, Alaska's newest Lounge is now open on the mezzanine level of Terminal 7 at JFK.

Alaska gates and the Alaska Lounge are located in the same terminal as Global Partners British Airways and Icelandair, providing guests traveling through JFK with convenient access to a combined 10 daily flights to top global destinations across Europe.
at July 07, 2018 No comments: 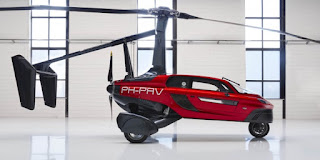 The certification not only guarantees the safety of the flying car but also is the approval that the vehicle can be driven on the roads and flown in the air. Dingemanse said: "Once full certification is granted in 2020 we will hand over the keys of the PAL-V Liberty to our first customers."
at July 04, 2018 No comments: