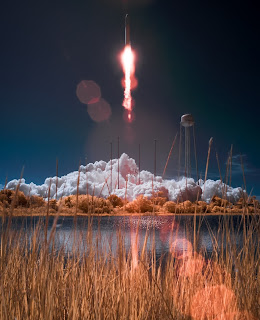 This is the first time a spacecraft launched from Virginia is blazing a trail toward the International Space Station (ISS).

Traveling 17,500 miles per hour in Earth's orbit, Cygnus is on its way to rendezvous with the ISS on Sunday. The spacecraft will deliver about 1,300 pounds of cargo, including food and clothing, to the Expedition 37 crew aboard the space station. The crew will grapple and attach the capsule using the station's robotic arm.

"Today's launch is the culmination of more than five years' work between the NASA and Orbital teams," said Alan Lindenmoyer, NASA's program manager for commercial crew and cargo.

Over the next several days, Cygnus will perform a series of maneuvers to test and prove its systems are working properly.

The ISS crew is scheduled to capture Cygnus with a robot arm at 7:25 a.m. EDT on Sunday. 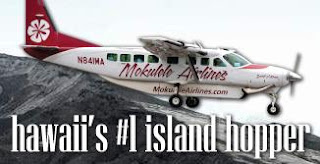 Mokulele Airlines, Hawaii's low-cost inter-island air carrier, is set to begin service from its new location at the Big Island's Waimea-Kohala Airport. A grand opening celebration is scheduled for Saturday and will begin with a traditional Hawaiian blessing followed by the inaugural flight of the new route which will depart at 7:00 a.m. for Kahului Airport on Maui.

To celebrate the new route, Mokulele is offering an introductory rate of just $59 one way, including taxes and fees, for reservations made by Oct. 31. 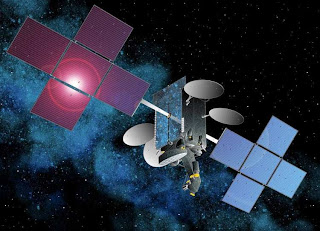 Intelsat S.A., one of the world’s leading providers of satellite services, announced Sunday that Discovery Communications has signed an agreement to use the company's Intelsat 19 satellite. As part of the multi-transponder agreement, Silver Spring, Md.,-based Discovery will use Intelsat 19 to expand the reach of its more than 190 worldwide television networks, including its portfolio in the Asia-Pacific region.

Located at 166 degrees East on the Earth's equator, Intelsat 19 hosts the leading video neighborhood in the Pacific Ocean region, and reaches more than 37 million Pay TV subscribers. The satellite offers primary C-band distribution for many of the world’s leading programmers, and a Ku-band Direct-To-Home platform that serves customers in Australia and New Zealand.

Discovery has more than two billion cumulative subscribers in over 220 countries and territories.