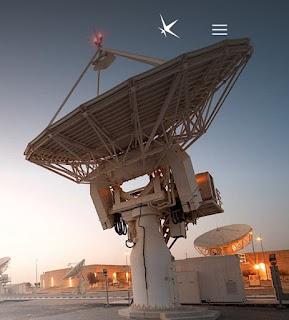 Yahsat, a leading satellite operator based in the United Arab Emirates (UAE), has entered into an agreement to acquire a majority stake in the mobile satellite services operator Thuraya, also based in the UAE.


The acquisition of the UAE's first home grown satellite operator, Thuraya, will significantly expand Yahsat's current satellite solutions portfolio for both commercial and government verticals, as well as its global footprint.

The acquisition will set Yahsat on a new phase of growth, with Thuraya bringing 20 years of innovation and experience in the mobile satellite services market along with a rich portfolio of products and services complimented by a renowned brand.

Thuraya's two satellites, serving over 140 countries, will join the Yahsat fleet, expanding the group's satellite fleet to five. The combination of geostationary satellites operating in the C, Ka, Ku and L-bands will jointly cover Europe, Africa, the Middle East, South America, and Asia, providing a broad range of Fixed and Mobile Satellite Services spanning voice and data communications to both commercial and government sectors.
at April 27, 2018 No comments: 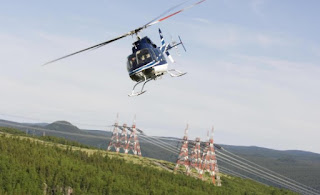 The Department of Energy/Western Area Power Administration (WAPA) intends to procure a used Bell 407 helicopter, according to contract documents released Thursday. Bell Helicopter Textron Inc. in Fort Worth, Texas, is the sole manufacturer of the Bell 407.


WAPA requires that the helicopter be manufactured in 2010 or newer and not exceed 1,000 flight hours, the Energy Department said in a Pre-Solicitation Notice released Thursday. The Bell 407 should be utility equipped with no damage history, high skid gear, rotor brake, and covered by a warranty for replacement and/or repair of defective components for a period of one year.

The contract solicitation will be available on or around May 10 with quotes due seven calendar days after release.
at April 26, 2018 1 comment:

In May, NASA will be releasing a NASA Research Announcement (NRA) for low Earth orbit (LEO) commercialization, according to contract documents released Tuesday.

The purpose of this NRA is to inform NASA's strategy for enabling the commercialization of human spaceflight in LEO and meeting NASA's long-term LEO needs. The NRA will solicit industry concepts, business plans and viability for habitable platforms, whether using the International Space Station (ISS) or free-flying, that would enable a commercial marketplace in LEO where NASA is one of many customers. Additionally, the study seeks industry input on the role of government and evolution of ISS in the roadmap to commercialization of LEO.

A Pre-Proposal Conference to discuss the study objectives and proposal instructions with prospective respondents is planned for May 1 in the Gilruth Center at Johnson Space Center, Houston, Texas.
at April 26, 2018 No comments: 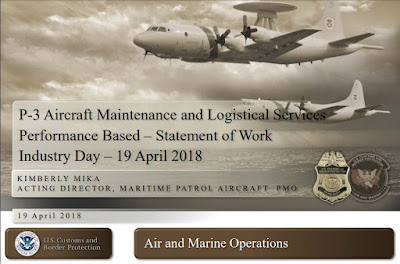 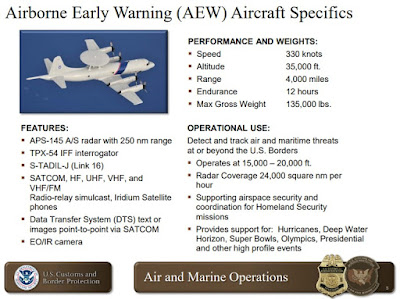 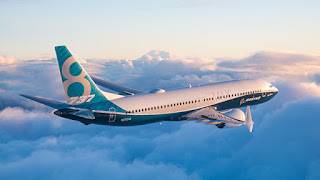 The Boeing Company and Ryanair announced Tuesday they finalized an order for 25 additional high-capacity 737 MAX 8 airplanes. The $3 billion order, at current list prices, was previously listed as unidentified on Boeing's Orders & Deliveries website.

This order will bringing Ryanair's firm order to 135 737 MAX 8s. “The aircraft has eight more seats than our current 189-seat Boeing 737-800NG and incorporates the latest technology engines and winglets which reduce fuel consumption and noise emissions,” said Neil Sorahan, chief financial officer, Ryanair. “We look forward to taking delivery of our first aircraft in spring 2019."

Ryanair launched the high-capacity 737 MAX 8 in late 2014 with an order for 100 airplanes, followed by an additional order for 10 airplanes at the 2017 Paris Air Show. The airplane will provide Ryanair with 197 seats, increasing revenue potential and delivering up to 14 percent lower fuel consumption than today's Next-Generation 737s.

The Dublin, Ireland-based carrier is the largest 737-800 customer in the world and the largest Boeing operator in Europe. Last month, Ryanair took delivery of its 500th Next-Generation 737-800 and has now ordered more than 650 Boeing airplanes.

The 737 MAX is the fastest-selling airplane in Boeing history, accumulating almost 4,500 orders from 96 customers worldwide.
at April 24, 2018 No comments: 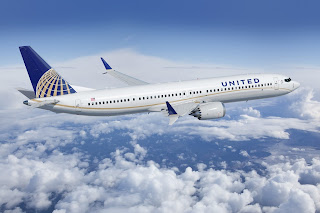 United Airlines announced Monday that it has taken delivery of its first 737 MAX 9 aircraft from the Boeing Delivery Center in Seattle, Wash. The new aircraft, which arrived right after Earth Day, reduces fuel use and CO2 emissions significantly compared with older generation aircraft. In honor of this more eco-friendly aircraft, United has given the MAX a new livery, similar to its fuel-efficient Boeing Dreamliner aircraft, so that employees and customers can easily recognize the plane and its superior fuel efficiency.


United expects to take delivery of two more 737 MAX 9 aircraft this month, and will have 10 by the end of the year. The aircraft will enter United's schedule June 7 with service between the airline's hub at Houston's George Bush Intercontinental Airport and five cities – Anchorage, Alaska; Austin, Texas; Fort Lauderdale, Fla.; Orlando, Fla.. and San Diego, Calif. The aircraft will operate on additional routes from Houston and Los Angeles International Airport starting June 29.
at April 23, 2018 No comments: