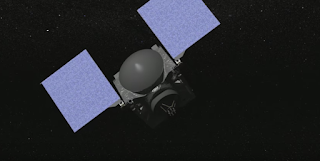 NASA’s OSIRIS-REx spacecraft will be boosted into orbit aboard a United Launch Alliance Atlas V rocket from Space Launch Complex 41 at Cape Canaveral Air Force Station in Florida. OSIRIS-REx stands for Origins, Spectral Interpretation, Resource Identification, Security-Regolith Explorer. The U.S.'s first mission to sample an asteroid, OSIRIS-REx will travel to the near-Earth asteroid Bennu. Learn how this pioneering spacecraft and the Atlas V were readied for flight.

NASA's Cassini spacecraft has radar vision that allows it to peer through the haze that surrounds Saturn's largest moon Titan. This video focuses on Shangri-la, a large, dark area on Titan filled with dunes. The long, linear dunes are thought to be comprised of grains derived from hydrocarbons that have settled out of Titan's atmosphere. Cassini has shown that dunes of this sort encircle most of Titan's equator. Scientists can use the dunes to learn about winds, the sands they're composed of, and highs and lows in the landscape.The radar image was obtained by the Cassini Synthetic Aperture radar on July 25, during the mission's 122nd targeted Titan encounter.

Air Canada non-stop flights from Vancouver to Dallas-Fort Worth 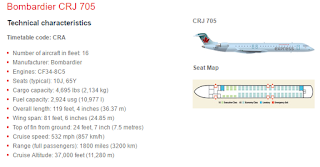 "Air Canada is pleased to link Vancouver and Dallas-Fort Worth with non-stop flights, complementing our existing service from Toronto. We continue to strategically expand our Vancouver hub, and our newest transborder flights to the fourth most populous metropolitan area in the USA offer local business travelers non-stop service, as well as improved access for customers in British Columbia and Alberta via convenient connections in Vancouver," said Benjamin Smith, president, Passenger Airlines at Air Canada. "Travelers from the U.S. will also enjoy seamless connections to Beijing, Shanghai, Seoul, Tokyo (Narita) and Hong Kong."

Air Canada's Vancouver-Dallas-Fort Worth flights will be operated by Jazz Aviation LP under the Air Canada Express brand with 75-seat, wi-fi equipped CRJ-705 aircraft, offering both Business and Economy cabins of service as well as in-flight entertainment at every seat. 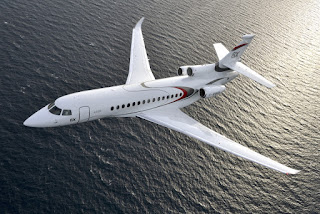 Dassault will highlight the expanding popularity of its Falcon Jet business aircraft line among Southeast Asian operators this week at the Indonesian Business & Charter Aviation Summit.
at September 07, 2016 No comments:

A computer hacker was able to change the names and balances for some member accounts on the popular online advertising website ClixSense, company officials announced Tuesday.

In a message posted on the ClixSense website company officials said, “I apologize for taking the site offline without warning but it seems this hacker was able to find an exploit and was able to remotely change the names and balances on some accounts. Some of you will need to reenter your names. None of your personal account information was exposed. We were able to restore many account names but we did not want to restore this information from our backup because it would mean much longer time offline so we made the decision to have some of you re-enter your first and last name.

“We understand this is a major inconvenience to all of you as this person is causing us much grief. But, on a side note, we've opened an investigation with the FBI and they are now investigating to try and find this person.

“Again I am very sorry for all of this and please be patient with us. We are doing the best we can to restore things back to where they should be.”

Over 11000 speeding citations issued in Pennsylvania during Labor Day weekend 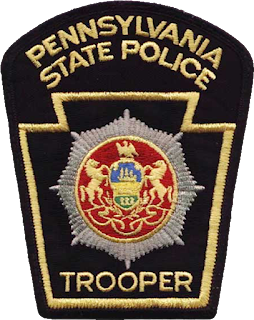 Eleven people were killed and 223 others were injured in the 704 crashes investigated by the Pennsylvania State Police during the three-day Labor Day holiday weekend driving period.

The official holiday driving period was Sept. 2 through Sept. 5. During that time, troopers cited 769 individuals for not wearing seat belts and issued citations to 198 motorists for not securing children in safety seats.

Troopers also issued 11,341 speeding citations and arrested 590 operators for driving under the influence. Of the 704 crashes investigated by State Police, 61 of those crashes, including four of the fatal crashes, were alcohol related.

During last year's four-day Labor Day holiday driving period, nine people died and 230 others were injured in 664 crashes to which state troopers responded.

The statistics cover only those crashes investigated by state police and do not include statistics on incidents to which other law enforcement agencies in Pennsylvania responded.
at September 06, 2016 No comments: 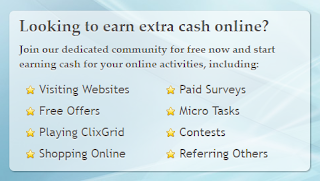 “Please note that none of your information is at risk or has been exposed. This person did not gain access to our servers or database. We've heard that other sites have also been hacked and we will follow up with the authorities on Tuesday and give them as much information as possible about what this person has done to ClixSense.

“We are truly sorry that this has effected your ability to participate here at ClixSense and also please know that extra security measures are being put in place to make sure this sort of thing does not happen again.

We appreciate your support during this terrible time and thank you for being a member of ClixSense.”


ClixSense members get paid for viewing ads, answering surveys, or viewing websites and videos posted by advertisers.
at September 05, 2016 No comments:

It will be the first Oceania route for the airline. In May, Tianjin imported its first A330 aircraft, since then nine international routes have been in operation, including Tianjin-Moscow and Tianjin-Chongqing-London.

The launch will involve direct flights from China's fourth largest city, Tianjin to Chongqing, one of the world's largest urban centers and a major manufacturing and transportation hub in southwest China, and then fly to Auckland three times per week all year-round.

Chongqing is a major economic center of the Yangtze basin and has a population of more than 30 million. Chongqing has invested heavily in infrastructure and is well connected to the rest of China. These infrastructure improvements have led to the arrival of numerous foreign direct investors in industries including car manufacture, finance and retailing.

With a population of more than 15 million, Tianjin is the largest coastal city in northern China and the major gateway port serving the capital Beijing. It is also home to a Special Economic Zone where key experimental economic reforms are taking place, and has become a hub of advanced industries and financial activities with 285 of Fortune 500 companies now having presence there.

The A330 selected by Tianjin is designed to carry 260 passengers with 18 business class seats and 242 economy class seats. Auckland Airport estimates that Tianjin Airlines' new service will add 83,000 seats for Auckland route every year and will provide a $102 million boost to the New Zealand tourism industry.

Tianjin Airlines Company Limited was founded in June 2009, as an aviation enterprise co-established by Tianjin government and the HNA Group. It opened its first international route in 2010 and now operates more than 20 international routes, connecting China to Japan, South Korea, Russia, Southeast Asia and other international destinations. Within the next five years, the airline plans to add more than 10 A330 wide-body aircraft, and more international routes to Europe, Oceania and America, connecting to major cities like Los Angeles, San Francisco, Melbourne and more.
at September 05, 2016 No comments: