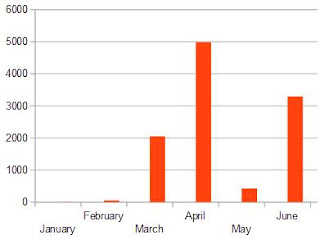 Driven by an increase in players on the game ProEconomica, Climax Utilities sales shot up 314 percent to $8,700 virtual dollars in the second quarter ended June 30.


The top line included sales from April which reached $5,000, the company's highest sales month since opening in November 2014.

“Across the board, our products grew in sales and increased profits,” said Brothel, president and CEO of Climax Utilities. “At this rate we see sales reaching over $22,000 virtual dollars at the end of the year.”