Retired EA-6B military jet to be towed through southwest Indiana 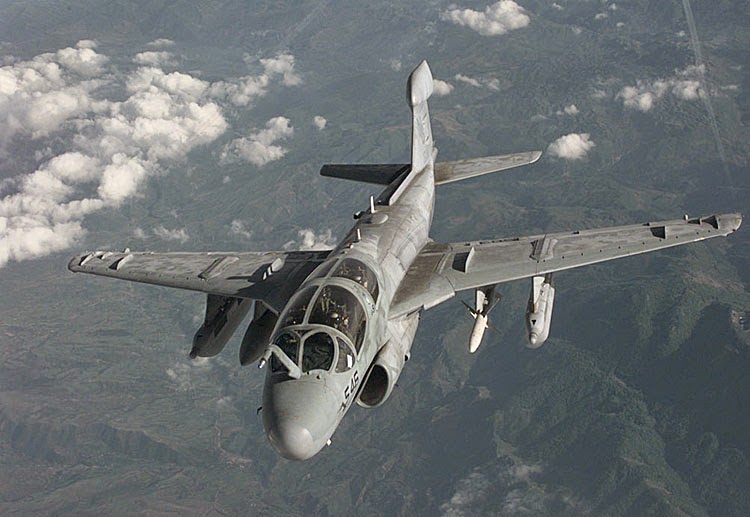 The aircraft must be partially disassembled and towed to NSA Crane where it will then be reassembled, the Navy said in contract documents released Friday. “External fuel tanks may be removed. This will be a turnkey operation where the contractor is responsible for all route planning, move oversight, towing of the aircraft, obtaining permits, escorts and coordination with state and local authorities. The contractor shall enter NSA Crane Indiana through the gate located on the Northwest corner of the base at the city of Crane Indiana continuing to a paved parking location approximately five miles inside the gate.”

NSWC Crane Indiana has a long history working on EA-6B Airborne Electronic Warfare equipment. One EA-6B is being retired from service to become a historical static display.

Dimensions and weight of the aircraft provided for reference only:

Carnival Corp. is using the award-winning iGaming Mobile Platform from Scientific Games to offer its adult guests the ability to wager on their mobile devices throughout its ships while in international waters.

The games available on Carnival's Mobile Casino include poker, slots and table games.

"We're bringing the casino to our guests so they can play their favorite games on their mobile devices when they are lounging by the pool, relaxing in their rooms, or anywhere else onboard,” said Marty Goldman, senior vice president of global casino operations for Carnival Corp.

SpaceBillboard, a supporter of innovative space research, is set to launch their first billboard into space in a milestone that marks the increasing importance of CubeSats in space exploration.

Researchers at the KU Leuven University in Belgium came up with the novel idea of launching a real billboard into space to help fund their research on NexGen satellites called CubeSats.

A CubeSat is small - about the size of a milk carton - and lightweight, which makes them cheaper to build and launch. It is the perfect answer for universities and start-ups to get involved in space research.

Tjorven Delabie, co-founder of SpaceBillboard said: "This is an out-of-this-world project, that allows companies to bring their brand into space. The idea is catching on, and several companies have already secured their spot."

The launch of the billboard is scheduled for January 2016, to be launched from Alcântara, Brazil.

The messages on the SpaceBillboard will be the highest and the fastest ever seen in the industry, flying at 17,500 miles per hour at an altitude of 310 miles. The billboard will orbit the Earth 15 times a day, becoming the first advertisements that literally bring their message around the world.

Although the billboard will not be visible from Earth, all messages will be continuously visible on the SpaceBillboard website as well as used in the customers' branding campaigns.

The CubeSat is expected to operate in orbit for up to ten years. After that, it will burn up in the atmosphere, ensuring that no space debris is left behind.

SpaceBillboard was founded in 2014 by three PhD researchers from Belgium's KU Leuven
University to support innovative space research at an affordable cost.
at January 22, 2015 No comments: 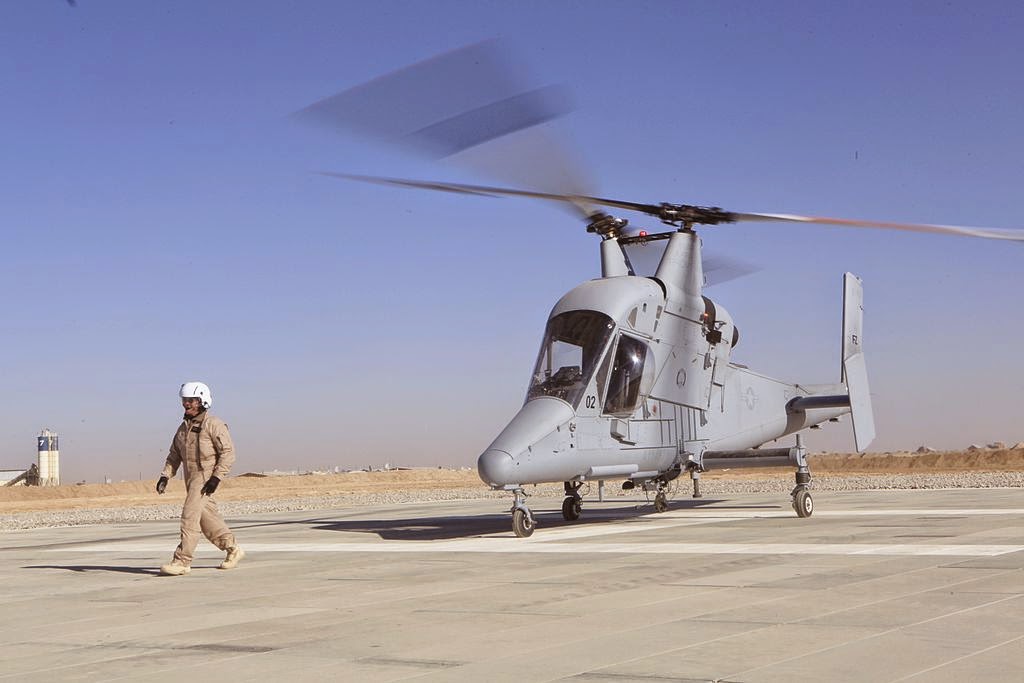 The U.S. Department of the Interior (DOI), Office of Aviation Services, seeks companies interested in demonstrating their optionally-piloted heavy lift helicopter, according to a Special Notice document released Wednesday.

The demonstration is tentatively planned for May 2015 in Boise, Ida. The exact date, time, and location will be formalized in the coming weeks and a follow-up announcement will be made at that time. In Novermber 2014, Kaman Aerospace and Lockheed Martin doused controlled burns with an optionally piloted K-MAX helicopter during flight demonstrations in upstate New York.

“This event will be open to companies capable of providing and operating an optionally piloted heavy lift helicopter in the manned and unmanned configuration,” the Interior Department said in the Special Notice. “The purpose of this demonstration is to assess the feasibility of utilizing these types of aircraft for a variety of missions, including, but not limited to fire suppression at night and during low visibility conditions as well as cargo delivery. At this time we are asking for an initial response of capable companies interested in demonstrating this type of aircraft. As part of this demonstration, the company owned and operated, optionally piloted aircraft will be asked to perform the following scenario based missions over a one to three day period:
The demonstration will take place in high desert and mountainous terrain similar to wildland fire conditions and environment.

“This announcement is for information planning purposes only and it is not to be construed as a commitment by the government for any actual procurement of supplies or services,” DOI officials said.

Companies interested in participating in the flight demonstrations are invited to contact the DOI by Feb.17.
at January 21, 2015 No comments:

The U.S. Army Corps of Engineers, New York District intends to issue an Invitation For Bid solicitation package seeking to award a contract for the construction of a standard design unmanned aerial vehicle hangar. The new hangar will be located at Fort Drum, N.Y., the Army said in contract documents released Wednesday. 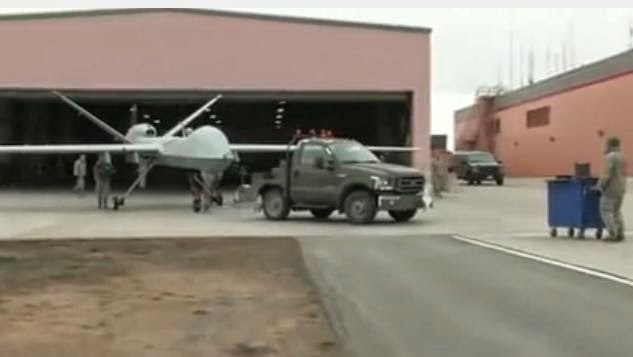 The performance period for the contract will be approximately 545 calendar days from the issuance of the Notice to Proceed. The project magnitude is between $10 million and $25 million. The Army anticipates the hangar plans and specifications will be available on Jan. 30 with a bid opening on March 3. 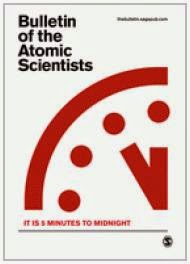 The Bulletin of the Atomic Scientists will host a live news conference at 11 a.m. EST on Thursday to announce the recent decision of its Science and Security Board as to whether or not the minute hand of the historic "Doomsday Clock" will be adjusted. The Doomsday Clock is an internationally recognized design that conveys how close the world population is to destroying civilization with dangerous technologies.

The last time the Doomsday Clock minute hand moved was in January 2012, when the clock's minute hand was pushed ahead one minute from six to five minutes before midnight. Climate change and increasing concerns about nuclear weapons are the main factors influencing the decision about any additional adjustment that may be made to the Doomsday Clock.

Key trends influencing the Doomsday Clock deliberations to be announced on Thursday include: evidence of accelerating climate change coupled with inadequate international action to greenhouse gas emission as conveyed in the November 2014 Intergovernmental Panel on Climate Change report and the recent United Nations Framework Convention on Climate Change negotiations in Lima, Peru; and nuclear modernization programs in the United States, Russia, and other states, as well as the stalled reduction of  nuclear warheads in Russian and U.S. Arsenals
at January 21, 2015 1 comment: 
In this role, Coulon will be responsible for overall human resources leadership in support of the corporate office and ESS organization. She will also be a member of Northrop Grumman's human resources policy council.

Coulon has held director positions throughout Northrop Grumman including the Electronic Systems sector in Baltimore, where she most recently served as human resources business leader for Engineering, Manufacturing and Logistics.

Coulon earned a bachelor's degree in communications and media studies from Radford University in Radford and a master's degree in human resources management from Marymount University in Arlington.
at January 21, 2015 No comments: The CEO of Climax Utilities purchased his first “real share” of the online game ProEconomica on Monday.

Climax Utilities is a virtual company created online in the game Proeconomica. The interactive nature of ProEconomica's virtual world combined with players worldwide allows for users to interact directly with each other and develop entrepreneurial skills.

Are you ready to develop your entrepreneurial skills in order to become a really successful businessman? Do you want to manage your own company or compete with other players in a virtual world based on the concepts found in reality? Then go to ProEconomica and get into an unique economic adventure. Join a virtual world that brings you real experience.
at January 20, 2015 No comments: