Military blimp JLENS has detached from tether, floating over US 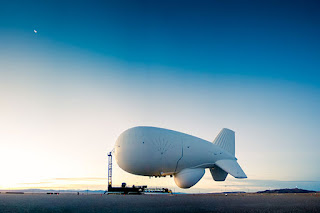 A tethered military airship has detached from its mooring station in Aberdeen Proving Grounds, Md., military officials reported on Wednesday.

The unmanned blimp, known as JLENS (which is short for Joint Land Attack Cruise Missile Defense Elevated Netted Sensor System), is helium filled, each nearly as long as a football field, carry powerful radars that can protect a territory roughly the size of Texas from airborne threats.

The North American Aerospace Defense Command is working with interagency partners to address a safe recovery of the aerostat, the agency said on Twitter.
at October 28, 2015 No comments: 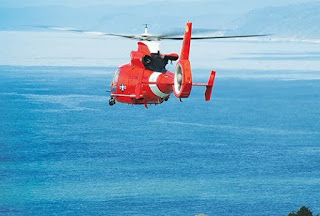 The U.S. Coast Guard and local agencies continue their search on Wednesday for the three people who were aboard a Lancair single-engine plane missing near Pascagoula, Miss.

Rescue crews continue their search for Dexter Brewer, Gerald Miletello and Ron Gregory, who were aboard the plane that lost radar contact shortly after take-off from Gulfport on Monday evening. Response crews have covered more than 1,200 square miles in their search efforts.

Involved in the search is: 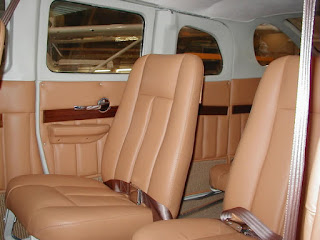 The Department of the Interior (DOI), National Park Service, purchased a used turbo Cessna 206 plane for use in Grand Canyon National Park, according to contract documents released Monday. The DOI purchased the aircraft from Wipaire Inc. of St. Paul, Minn., for $300,000.

The National Park Service uses the aircraft (tail number N9853Z) to perform law enforcement patrols, wildland fire reconnaissance, search and rescue, wildlife surveys, and the transportation of passengers and cargo. The plane was manufactured in 1983.
at October 28, 2015 No comments:

Phase one complete for remote tower at Leesburg Executive Airport

Today marks a significant milestone in the Leesburg Airport Remote Tower Demonstration Program. The first phase of the demonstration is reaching its conclusion, after which the partnership will have collected data during a four-month passive monitoring phase.

Saab has pioneered the development of remote tower systems and technologies in cooperation with air traffic controllers and air navigation service providers around the world, paving the way for more efficient, safe and cost-effective delivery of air traffic control services.

To support the introduction of this new technology in the United States, Saab has partnered with Leesburg Executive Airport to demonstrate remote tower technologies at the airport. The Federal Aviation Administration (FAA), the Virginia Department of Aviation and the National Air Traffic Controllers Association (NATCA) are serving in advisory roles in the program. In addition, both the FAA and NATCA are providing controllers in support of data collection activities.

The demonstration is being conducted in two phases; it started in August, and will carry through mid-2016 with the goal to achieve FAA approval, per their Safety Management System requirements, to operate a remote tower at non towered airports.

With the phase-one milestone now achieved, the data will be analyzed and form the basis of a report to be presented to the FAA for approval in order to move on to the next phase of the demonstration.

"We look forward to starting the next phase of the demonstration, which will include active controlling at Leesburg Airport,” said Mike Gerry, president and CEO of Saab Sensis Corp., one of the partners in the Leesburg demonstration.
at October 26, 2015 1 comment: