Rocket launch from Virginia will light up mid-Atlantic coast 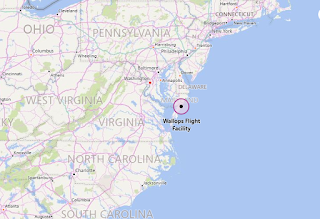 The morning skies along the mid-Atlantic coast will light up with luminescent clouds as NASA tests a new system that supports science studies of the ionosphere and aurora with a sounding rocket launch June 29 from the Wallops Flight Facility on the eastern shore of Virginia.

During the flight of a two-stage Terrier-Improved Malemute sounding rocket at 4:15 a.m. EDT, ten canisters about the size of a soft drink can will be deployed in the air.

The canisters will deploy between four and five minutes after launch. Blue-green and red vapor forming artificial clouds should be visible. These clouds or vapor tracers allow scientists on the ground to visually track particle motions in space.

The development of the multi-canister or ampule ejection system will allow scientists to gather information over a much larger area than previously allowed when deploying the vapor just from the main payload.

Ground cameras will be stationed at Wallops and in Duck, N.C., to view the vapor tracers. Clear skies are preferred, but not required, at both sites for the launch to occur.

The vapor tracers are formed through the interaction of barium, strontium and cupric-oxide. The tracers will be released at altitudes 96 to 124 miles high and pose absolutely no hazard to residents along the mid-Atlantic coast.

The vapor tracers could be visible from New York to North Carolina and westward to Charlottesville, Va.


The total flight time for the mission is expected to be about eight minutes. The payload will land in the Atlantic Ocean about 90 miles from Wallops Island and will not be recovered.
at May 24, 2017 1 comment:

Following the ribbon-cutting ceremony, McAuliffe boarded an Aurora Centaur, an optionally piloted aircraft that can be operated remotely from a ground control station, and flew in the plane over Wallops Island, Va.

“This new facility at Wallops provides government and commercial users with a runway under restricted airspace on a secure federal facility – discreetness that is of high interest for research and development,” Virginia Transportation Secretary Aubrey Layne said.

Additional details about the runway: 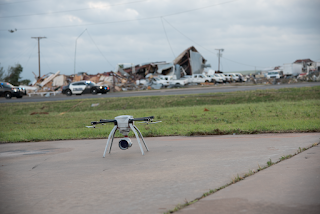 A team from Textron Systems Unmanned Systems provided its personnel and operations in support of disaster response efforts for the Oklahoma Department of Emergency Management last week. Textron's Civil & Commercial team provided full-motion video in real-time to the Emergency Operations Center in Oklahoma City and the National Weather Service in Norman, Okla. The video was used to rapidly and safely assess the tornado damage from an EF-2 tornado that took place in Elk City on May 16.

Textron Systems' operators, as well as representatives from Aeryon Labs, traveled 120 miles to the impact site and began operations within 20 minutes after the tornado's impact. Once on-site, the team operated an Aeryon SkyRanger small unmanned aerial system to collect more than one hour of high-definition video and georeferenced still imagery over the tornado damage.

With more than one million flight hours of unmanned systems experience, the Textron Systems Civil & Commercial team consists of highly experienced professionals who are armed with some of the most capable platforms in the world. In addition to this recent operation in support of the Oklahoma Department of Emergency Management, Textron's team also provides aerial solutions in oil and gas pipeline inspection and security, precision agriculture, as well as other natural disaster efforts.
at May 23, 2017 No comments:

Seasonal flights begin from Philadelphia to Portland for Alaska Airlines

Flights will be operated with fuel-efficient Boeing 737 aircraft.


Alaska Airlines, together with Virgin America and its regional partners, flies 40 million guests a year to 119 destinations with an average of 1,200 daily flights across the United States and to Mexico, Canada, Costa Rica and Cuba.
at May 22, 2017 No comments:

Saudi Arabia agrees to buy Chinook helicopters from US 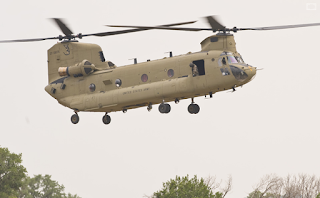 Several defense and commercial agreements announced Saturday will further strengthen Boeing’s partnership with Saudi Arabia, create or sustain thousands of jobs in both the United States and Saudi Arabia, and enhance national security in the region.