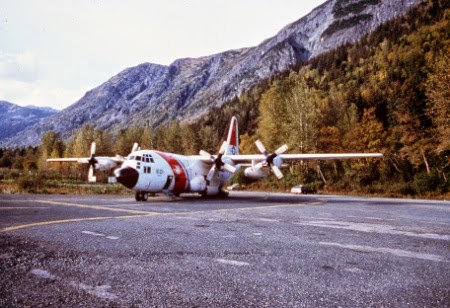 The U.S. Coast Guard is responding to a distress call from a single engine aircraft running out of fuel approximately 975 miles north of the Big Island, Hawaii.

The pilot contacted the Hawaii National Guard on Sunday and reported his aircraft had approximately three hours of fuel remaining and he would be ditching 230 miles north east of Maui.

The Coast Guard has launched crews aboard an HC-130 Hercules airplane and an MH-65 Dolphin helicopter from Air Station Barbers Point.

The aircraft is reported as a single engine Cirrus SR-22 (tail number N7YT) with one person aboard.

UPDATE #1 - The pilot of a single engine Cirrus SR-22 aircraft that ran out of fuel is safe after ditching his aircraft 253 miles northeast of Maui, Hawaii, on Sunday.


The pilot was able to deploy the aircraft’s parachute system and safely exit the aircraft into a life raft.

The crew of the Veendam rescued the pilot. The pilot was reported to be in good condition. The aircraft was last observed partially submerged.

Weather conditions at the time of the rescue were seas of nine to 12 feet and winds of 25 to 28 miles per hour.

A Coast Guard HC-130 Hercules airplane from Air Station Barbers Point assisted the pilot during the process of ditching his aircraft and maintained communications throughout the ditching process. The Hercules crew remained on scene until the pilot was safely aboard the Veendam.

The flight originated in Tracy, Calif., and was destined for Kahului Maui.
Posted by Keith Stein at 8:38 PM

I was just thinking the other day that an SR-22's parachute should make it a very safe plane to ditch in clear weather. I also wonder if the foam-core skin helps float the plane a little longer.
I'm glad the pilot is safe.
I have to imagine this isn't just a careless fuel starvation. We'll see.

He most likely had additional ferry tanks on board. I'm guessing he ran into unexpected headwind

BMJ is correct. I was flying KOA to SFO when this was going on. He had 25 gallons trapped fuel.

Video of the ditching can be seen here. http://generalaviationnews.com/2015/01/26/video-cirrus-ditches-under-chute-in-pacific-ocean/

That's funny. Sure the transfer system was inop, that's his story and he's sticking to it. What an idiot.

Even if he had 25 gallons trapped, he still had about 250 miles to go which would have used up that 25 gallons. He would have still been in trouble. He should have have suitable ferry tanks installed for a trip of this magnitude. He obviously did not plan properly and did not seek the guidance of other pilots who routinely do this type of flying for guidance. I fail to see how a trained pilot can believe he can defy the fuel requirements of his airplane and attempt such a flight without proper planning and fuel resources.

Wondering if there are any insurance items in this. Seemed rather matter of fact and with the parachute system etc - just wondering...

The pilot is actually a personal friend of mine, and we used to work line service together. He is a professional ferry pilot. He did have ferry tanks. He has the qualifications and multiple successful ocean crossings (both Pacific and Atlantic oceans) in Cirrus aircraft. He knows what he is doing. Sometimes these things happen. I'm just glad he's alright and back in Seattle.

I honestly don't think I would have the "nads" to attempt a trans oceanic flight in a single piston engine aircraft... 2300 miles is a long way to go non-stop with only engine... But, I am glad he is okay... Anybody know the service ceiling & cruise speed for a SR-22???

I would think it would be better to "ship" the a/c to Australia than to fly it there. There is ALOT of open water to cross in the Pacific.

Who is going to pay for the plane...?

Didn't Lindberg teach you anything?

Amazing how some posters are such critical armchair a..holes while knowing nothing of the facts or circumstances.

Reminds me of the time a buddy and I rode my motorcycle to the beach. I ran out of gas way too early, not taking into account of the extra weight and wind load....

I'm amazed, I'm freaking out about crossing in a single engine airplane, I mean a what 4 cylinder engine running at almost full power for how many miles? That's like mowing tall grass with a 5hp air cooled lawnmower in the heat of the day,that thing would get so hot it would seize up. That's what I would be afraid of and out in the middle of the ocean wow just can't see it. I guess pilots just have big ones or their nuts! No offense. Lol.

I have no idea as to how the fuel was plumbed on this operation, but I wouldn't have attempted this flight unless I could burn off ALL the extra tank fuel early in the flight. If I then had a problem, I could turn around and head back on the "main tank(s)".

Re the following comment:
"I have no idea as to how the fuel was plumbed on this operation, but I wouldn't have attempted this flight unless I could burn off ALL the extra tank fuel early in the flight. If I then had a problem, I could turn around and head back on the "main tank(s)".
January 30, 2015 at 8:28 PM."
Surely this would be Standard Practice?

Our company tanks aircraft for long range flights. Some times you cannot return to your origin after using you aux fuel. One aircraft we tank has 228 gal standard main tanks. The aux tanks for the ferry hold 998 gal.

I always love how so many people with no experience are so quick to draw conclusions. I'll form my opinion after reading the NTSB report.

Fuel? This story just doesn't fly with me. Don't tell me you would take a shot @ this for the publicity? Don't give me the 25 gal. aux transfer inop. either. Still not enough fuel. Either stupid or a planned Publicity stunt? Just saying.

Gents. Ferry flight is very common these days, and the pacific route is a well traveled one by thes brave pilots, but as the saying gos sh... Happens, I have seen worst outcomes on short flights and people jus get killed, accidents happen no matter how much planning you put into it, so let's all be thankful that the pilot is well and pry for things like this don't happen any more

There is only one professional here who stated "I will form my opinion when the investigation is complete". Everyone else is an armchair plot with 5-7.5 hours of total time and reads way too much about a subject they know little about.
Quick calculations tell me it was a 13 hour flight. Ferry tanks are tried and true, but like anyting mechanical....they fail.

If you think this was a long ferry flight, look up the story of the 2 guys ferrying ag planes from CA to NZ (maybe it was Australia). One crashed on takeoff from Pago Pago (I think) and the other gets lost....... Great story!!! Also a movie about it.

Also there was/is a guy who flew his Pilatus (I think) Non-Stop from Guam to Jacksonville, and from somewhere in southern South America to New Hampshire. He was an Airline pilot - retired I think. It was a single engine Turbo something - his plane - fitted with fuel bladders. I also recall his wife went with (that would keep you awake) :-)

Didn't Amelia Earhart teach you anything??

Most of you people are absolute idiots. 25 gals would have been more than enough to cover the remaining 250nm at cruising speed and altitude (about 13-14gph at 170 kts -- do the math idiots).

informative, thanks for information :)

MRY (Monterey) was a popular origination point for ferrying all types of single aircraft across the Pacific when I worked there in late 1980's. Those pilots were truly professional. With the auxiliary tanks inside, there was little comfort space for the pilot.

I always like your article because you have provided every time informative post.Thanks!

I would like to thank for the efforts you have made in writing this post. I am hoping the same best work from you in the future as well. I wanted to thank you for this websites! Thanks for sharing.

That is called air in the fuel line and gravity takes over.