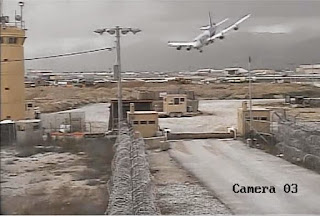 The Federal Aviation Administration (FAA) is proposing a $77,000 civil penalty against National Air Cargo Group Inc., of Orlando, Fla., for allegedly failing to comply with requirements for loading and securing heavy cargo.

The FAA alleges that during March and April 2013, National failed to comply with Federal Aviation Regulations while loading heavy military vehicles onto two Boeing 747 jetliners that the company operated. The jets were flown on seven flights while loaded with one or more Mine Resistant Ambush Protected Vehicles (MRAPs), each weighing between 23,001 pounds and 37,884 pounds.

The FAA alleges that National did not comply with the operating limitations set forth in the Boeing 747s’ flight manuals, resulting in cargo that was not properly restrained to prevent shifting that could affect the safe operation of the aircraft.

On April 29, 2013, one of the 747s crashed immediately after takeoff from Bagram Airfield in Afghanistan while loaded with five MRAPs, killing its crew of seven and destroying the aircraft. The FAA alleges that National did not secure those vehicles in accordance with the limitations set forth in the aircraft’s flight manual. The probable cause of the accident is still under investigation by the National Transportation Safety Board.

National Air Cargo has asked to meet with the FAA to discuss the case.
at June 26, 2015 1 comment: 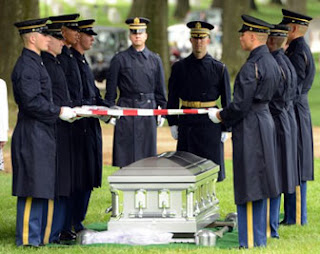 The U.S. Army Corps of Engineers -Norfolk District issued a pre-solicitation notice on Wednesday for a new Funeral Procession Queuing Area at Arlington National Cemetery, Arlington, Va.
The Army Corps of Engineers is seeking a contractor to construct a new staff parking lot, North Parking lot, and a completely renovated main Funeral Procession and Queuing area. The queuing area will accommodate up to six concurrent funeral processions in multiple funeral procession lanes with up to 24 cars per lane. The renovated main Funeral Queuing area (larger part of Phase 2) will allow families to queue for processions on arrival through an intuitive layout and clear signage.

The official contract solicitation will be issued on July, 10.

More than 200 middle school and university students and instructors participating in “Rocket Week” at Wallops.

The launch was part of the RockOn and RockSat-C programs designed to teach students skills required to develop experiments for suborbital rocket flight. In addition, middle school educators through the Wallops Rocket Academy for Teachers are learning about applying rocketry basics in their curriculum.

The payload flew to an altitude of 71.4 miles and descended by parachute into the Atlantic
Ocean off the coast of Wallops where it was recovered and returned. 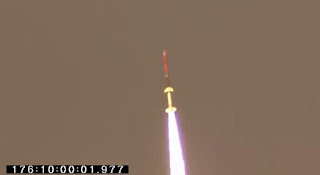 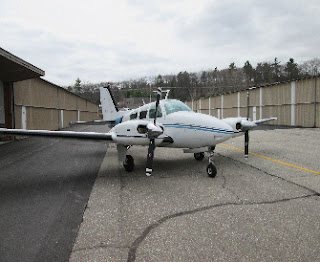 Are a loved one's cremated remains sitting in a closet or collecting dust on a shelf? Take Wing Air, a New Hampshire-based aviation firm, now offers an affordable solution to finding a final resting place for cremated earthly remains in a more heavenly fashion. From its home airport in Nashua, Take Wing Air will scatter the ashes of a departed family member, loved one, or pet by air at the family's predetermined location while soaring the skies above the mountains, lakes, and seacoasts of New England and New York.

Bill Dino, owner and operator of Take Wing Air, says, "I first got the idea of doing aerial ash scattering commercially after I performed this service for my own parents." After doing a little research, Dino found there was a need for such a service in the area.

As part of their service, Take Wing Air provides a witnessed certificate documenting the time and location of the release of the cremains and a Google map overlay of the flight. They are also able to honor special requests such as music, flyovers or readings.

Take Wing Air uses a specially modified twin engine plane that allows a loved one's ashes to be released through the bottom of the aircraft in a safe and dignified manner; the cremains will always drift down and away from the plane. There is never an issue of cremated ash coming back into the cockpit or impacting the side of the plane. Dino reports this is a common problem with many competing services.

Video: F-35B launched into the skies from ski-jump 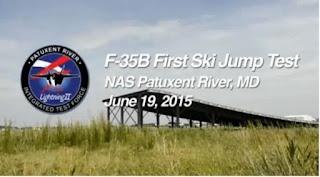