The U.S. Department of Justice, Drug Enforcement Administration, intends to award a sole source purchase order to Atlantic Aviation for housing aircraft, according to contract documents released on Thursday.

“The proposed purchase order is for a service for which the government intends to solicit and negotiate only with Atlantic Aviation,” DEA officials said in a Special Notice contract document.

The Special Notice does not identify where the hangar lease purchase will take place. Atlantic Aviation has hangar space available at George Bush Intercontinental Airport, Austin-Bergstrom International Airport, Northeast Philadelphia Airport and Corpus Christi International Airport, according to the company's website. The contracting office handling the lease is located at 8701 Morrissette Drive, Springfield, Va. 22152, according to contract documents.

The DEA Aviation Division’s mission is to provide aviation support to operational and intelligence elements within DEA and the law enforcement community to detect, locate, identify, and assess illicit narcotics-related trafficking activities.

The Aviation Division's command and control functions are conducted from the Aviation Operations Center located at Alliance Airport in Fort Worth, Texas. The division has Special Agents/Pilots and aircraft strategically located throughout the United States, the Caribbean, Central America and South America. 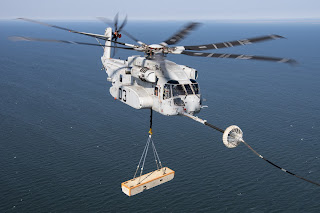 Sikorsky, a Lockheed Martin company, will build six additional production CH-53K King Stallion helicopters under a new contract for the U.S. Navy. The aircraft will further support the U.S. Marine Corps in its mission to conduct expeditionary heavy-lift assault transport of armored vehicles, equipment, and personnel to support distributed operations deep inland from a sea-based center of operations.

The six helicopters are part of a 200-aircraft program for the Marine Corps, and their addition makes a total of 24 CH-53K production aircraft now under contract. Sikorsky will begin deliveries of the six aircraft in January 2024.

The CH-53K program has five aircraft on the line at Sikorsky facilities in Connecticut and over two dozen in various stages of production. The program will deliver the first low-rate initial production aircraft in September 2021.

Sikorsky and its suppliers have made significant investments in facilities, machinery, tooling, and workforce training to ramp up the production required for the CH-53K program. For example, for the first time, newly installed 10-ton cranes lifted a 12,000-pound gearbox into a CH-53K production aircraft.

The CH-53K is also nearing the conclusion of the developmental flight test events in preparation for Initial Operational Test & Evaluation, having flown more than 2,000 flight hours validating the aircraft's performance on a ship and in both hot and cold environments. 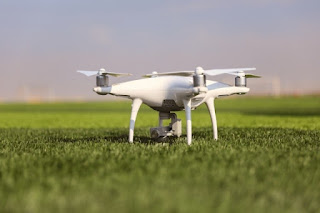 The Department of Defense is hosting a virtual industry open house on Friday to outline its approach to Counter Small Unmanned Aircraft Systems (C-sUAS). The event is open to all vendors interested in C-sUAS and will cover key aspects including strategy, training, current capabilities and operational capability requirements.

The one-day online event will inform vendors on upcoming efforts to align C-sUAS systems into an enduring and integrated enterprise approach. The meeting will be hosted by the Joint Counter-small Unmanned Aircraft System Office (JCO) and the Army Rapid Capabilities and Critical Technologies Office (RCCTO). The open house will provide information regarding emerging requirements, address the multitude of C-sUAS challenges, and encourage competition and efficiencies in future technology development and procurement activities.

The Department of Defense designated the Army as the Executive Agent for C-sUAS. The Secretary of the Army established the Joint C-sUAS Office (JCO) to lead and direct efforts to identify and prioritize joint improvement opportunities and C-sUAS solutions.

The RCCTO's mission is to rapidly and efficiently research, develop, prototype, test, evaluate, procure, transition, and/or field critical enabling technologies and capabilities that address near-term and mid-term threats. The RCCTO serves as the materiel and acquisition lead in support of the JCO.