An Atlas V rocket lifts off with the National Reconnaissance Office's NROL-52 payload. This was the 60th Atlas V to launch from Cape Canaveral's Space Launch Complex-41 in Florida. 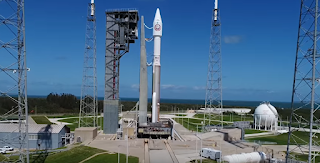 Posted by Keith Stein at 7:18 PM No comments: 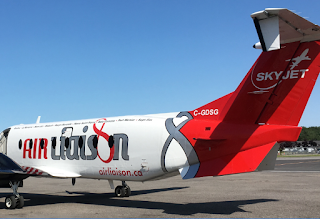 
"Although the vast majority of drone operators fly responsibly, it was our concern for incidents like this that prompted me to take action and issue interim safety measures restricting where recreational drones could be flown,” Garneau said. “I would like to remind drone operators that endangering the safety of an aircraft is extremely dangerous and a serious offense. Anyone who violates the regulations could be subject to fines of up to $25,000 and/or prison. This applies to drones of any size, used for any purpose. All airports, helipads and seaplane bases are 'No Drone Zones' if you do not have permission from Transport Canada. For 2017, to date 1,596 drone incidents have been reported to the department. Of these, 131 are deemed to have been of aviation safety concern.”
Posted by Keith Stein at 10:43 AM 2 comments: