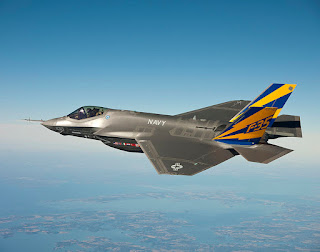 In August, the F-35 Joint Program Office announced plans to issue a contract to Lockheed Martin to deliver a report which determines the design impacts of a proposed change on the overall F-35 weapon system, to include Mission Planning, Training and Reprogramming capabilities.
at September 16, 2015 No comments:

Work under the contract will be performed at Johnson Space Center, the Sonny Carter Training Facility, Ellington Field, White Sands Test Facility near Las Cruces, N.M., and other NASA operating locations.
at September 15, 2015 No comments:

Embraer announced Monday that it has signed a firm order with SkyWest, Inc. for 18 E175 jets. The order, which will be included in Embraer's 2015 third-quarter backlog, has an estimated value of $800 million, based on the current list price. The aircraft will be operated by SkyWest Airlines, under an amendment to an existing Capacity Purchase Agreement with United Airlines.

With this new 18 aircraft purchase, the total number of SkyWest E175 firm orders reached 73 units of this model.

Delivery of the first aircraft is expected in 2016. The E175s are configured in a dual class 76-seat layout, equipped with 12 First Class seats, 16 Economy Plus seats, and 48 Economy seats, and will operate under the United Express brand.

The E175s feature a new wingtip that, among other technical enhancements, improves aerodynamic performance. Fuel consumption on a typical flight is 6.4 percent lower than first-generation E175s. In the last two years, the E175 has captured over 80 percent of orders among aircraft in its class from airlines in the United States.