2019 should be a good year for gold, silver, and platinum 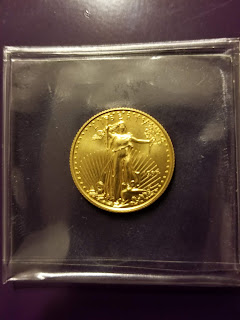 “I believe that the current price of platinum at $805 is a good entry point,” said Bill Stack, in an article posted on the U.S. Gold Bureau's blog Dec. 5. It has since dropped to $792.00 an ounce. Difficulties in the auto sector are largely responsible for platinum’s fall, “and I am not confident those issues will be resolved in 2019,” Stack said. “Platinum could go lower, to $750, with an upside potential of $870. This could come at the expense of palladium, which has temporarily surpassed platinum due largely to financial speculation. I believe 2019 will likely see platinum overtake palladium in price, but both struggle due to difficulties in the auto sector.” Commerzbank in Germany expects the platinum price to increase to $900 by the end of 2019 with palladium ahead at $1,100.

“While a significant floor has been established for gold around $1,200, it is conceivable that we could see a dip to $1,160 or so during a market disruption or sell-off between now and December 2019,” Stack said.

“We are only slightly above the current average mining costs for gold, and below the average mining costs for silver,” Stacks said, based on data through the third quarter of 2018. “While many try to project gold and silver prices based mainly on supply and demand considerations, I believe a more accurate method considers the costs of production as a primary driver. If we use a base of $1,204 for gold and $16.10 for silver, then it would appear to be much more likely that any significant moves will be greater to the upside, than the downside."

With silver currently at a spot price of $14.45 (Dec. 5), it is currently below primary mining costs of $16.10. This analysis alone indicates that silver has significant room to spring to the upside. “Think of that - an 11.4 percent increase in the silver price is needed, just for silver miners to break even,” Stack said. 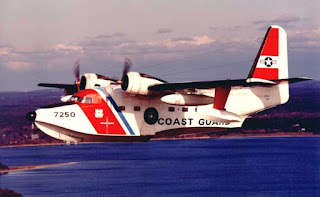 “The objective of this program is to provide test pilot training in a HU-16 Albatross for approximately 50 USAF TPS students and staff members during 2-4 deployments per year," the Air Force said.

The Air Force Test Pilot School is where the Air Force's top pilots, navigators, and engineers learn how to conduct flight tests and generate the data needed to carry out test missions. An HU-16 Albatross is sought to provide the unique experience of flying a historic, multi-engine, water-landing capable aircraft.

Deployments will be conducted at Edwards Air Force Base and typically occur in April and October.
at December 07, 2018 No comments:

The company is currently permitted to commercially operate its drone delivery platform within the Moosonee and Moose Factory communities with its Compliant Special Flight Operations Certificate which permits DDC to conduct drone operations in all Canadian provinces and territories. The drone delivery platform will service two northern towns located in Ontario approximately 19 kilometers south of James Bay.

Financial terms of the agreement are $2.5 million of revenue for year one with the potential to expand services in following years.
at December 05, 2018 No comments: 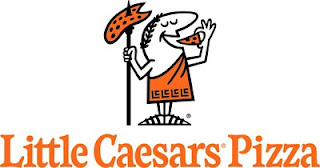 Little Caesars Pizza, the third largest pizza chain, will open its first restaurant in the Republic of Singapore in January. The global pizza brand, which is currently operating in 23 countries and territories, is continuing the expansion of its international footprint with new restaurants in Southeast Asia. The franchisee, Palm Tree Foods Pte Ltd., is owned by James Kodrowski. The first restaurant under the new franchise relationship will be located at the Income at Raffles building in Singapore. Additionally, Little Caesars Pizza will open its first location in the Philippines next month.

"Our expansion into this region was motivated by its strong growth in the food and pizza industries, plus a population of middle class customers that will double by 2020," said Paula Vissing, senior vice president of International for Little Caesars Pizza.

Little Caesars Pizza has grown its international presence with franchisees in Latin America, the Middle East, Australia, Canada, the Caribbean, and Mexico.

Headquartered in Detroit, Mich., Little Caesars is the largest carryout-only pizza chain in the United States. The company was founded in 1959 as a single family-owned restaurant.
at December 03, 2018 No comments: