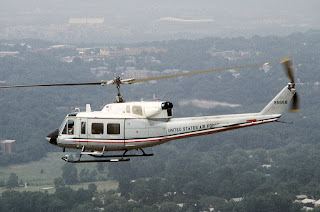 The Air Force Life Cycle Management Center at Wright-Patterson Air Force Base, Ohio, is hosting an Industry Day meeting this month to provide details on the planned replacement of the Air Force's fleet of UH-1N aircraft. The Air Force is planning to acquire a common platform up to 72 vertical lift aircraft to replace the current UH-1N fleet. “The UH-1N replacement will be an in-production, non-developmental, Government Off-The-Shelf or Commercial Off-The-Shelf solution,” official said in contract documents released Friday.

The “UH-1N Replacement Program Industry Day” is a two-day event Aug.26-27 at Wright-Patterson Air Force Base. The meeting is being organized by the Air Force ISR & SOF Directorate, Combat Rescue Helicopter Division.

“This is to be considered an initial step in establishing industry understanding of the UH-1N Replacement Program and to allow the government team to determine market understanding and capability to integrate and complete the program,” official said in contract documents. “The dialogue will serve to educate vendors on the content of the upcoming Capabilities Request for Information (CRFI), anticipated to be released following the Industry Day. The CRFI will request information on potential solutions and sources capable of providing aircraft that meet program requirements.”
at August 22, 2015 No comments: 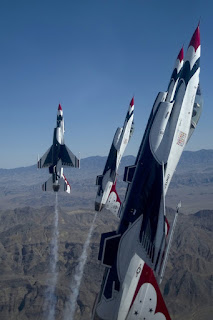 The Air Force is seeking information on a sustainment upgrade for the current F-16 Thunderbirds Block 52 Digital Flight Control Computer (DFLCC), according to contract documents released Friday. The project is being managed by the Air Force Life Cycle Management Center, Fighter/Bomber Directorate, F-16 Program Contracting Office, at Wright-Patterson Air Force Base in Ohio.

The DFLCC provides the ability to manage control surface inputs, change gains for different flight phases and processes signals from air data and other sources in controlling the aircraft, The government is investigating the possibility of initiating a USAF Thunderbird F-16 DFLCC modification. The upgraded DFLCC is required to address the rudder restriction in the current -12 DFLCC Thunderbird configuration in order to allow the current show profile to be flown.

The Air Force is conducting a market assessment to identify potential sources, and companies that may possess the expertise, capabilities, and experience to respond to the requirements, officials said in contract documents. “This announcement constitutes a purpose of conducting market research only. No solicitation exists. This is not a request for a quote, request for proposal, or an invitation to bid.”
at August 22, 2015 No comments: 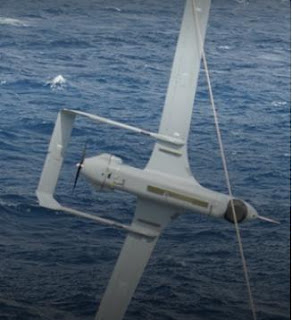 The Naval Air Systems Command (NAVAIR), Patuxent River, Md., intends to negotiate and award a contract to Insitu Inc. of Bingen Wash., for the procurement of a configuration update to the Early Operational Capability 1 and 2 systems to the current Low Rate Initial Production configuration with options to procure attrition air vehicles. “This effort will be conducted at Naval Air Station Patuxent River Webster Field Annex in St. Inigoes, Md., to the maximum extent possible,” NAVAIR officials said in contract documents released Friday. “Items that cannot be updated in the field will be shipped to the contractor.”
The estimated total value of the contract action is approximately $8 million, NAVAIR officials said. Insitu, Inc. is the sole designer, developer, and manufacturer of the RQ-21A, as well as the sole integrator of the avionics system, and is the only source known to possess sufficient knowledge and familiarity with the design and related specifications to perform the required technical efforts. MAG is headquartered in Woodbridge, Va., and BOSH is headquartered in Newport News, Va. Together, MAG and BOSH will possess the industry's most comprehensive "tip to tail" services offering for intelligence, surveillance, and reconnaissance (ISR), able to support federal, international, and commercial customers worldwide with ISR training, operations, and sustainment support. Michael Archuleta will remain president of BOSH, and become a shareholder of MAG, and report to Joe Fluet, MAG chairman and CEO.


"By combining BOSH's unmanned capabilities with MAG's manned capabilities, we will create a truly unique, full-scope provider of real time situational awareness for our customers, anywhere and anytime," said Fluet.

The combined MAG and BOSH team has already secured new business together. MAG will deploy BOSH's SuperSwiper UAS to Europe as part of a C4ISR contract for an intergovernmental organization.

Key past and current MAG projects and achievements include interdicting and disrupting over $500 million of illegal narcotics in 14 months, deploying the first unmanned ISR expeditionary detachment in support of the United Nations, operating an aviation learning center for the Afghan Special Mission Wing, and  providing manned ISR in South America, Africa, and Asia.
at August 20, 2015 No comments: 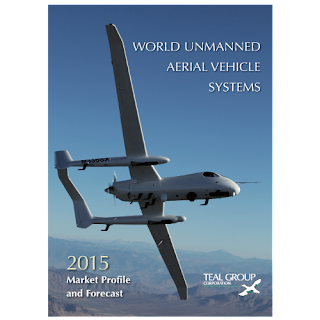 Unmanned Aerial Vehicles (UAVs) continue as the most dynamic growth sector of the world aerospace industry this decade, according to a new study released by Teal Group, a market analysis firm based in Fairfax, Va. New unmanned combat aerial vehicle programs, commercial, and consumer spending all promise to drive more than a tripling of the market over the next decade.
Teal Group's 2015 market study estimates that UAV production will soar from current worldwide production of $4 billion annually to $14 billion, totaling $93 billion in the next ten years.  Military UAV research spending would add another $30 billion over the decade.

This year's study includes consumer UAVs for the first time because of their rapid growth and the blurring of the commercial and consumer markets. "Consumer UAVs are showing that they can do many of the easier commercial missions such as simple real estate photography," said Philip Finnegan, Teal Group's director of corporate analysis and an author of the study.

"Our 2015 UAV study calculates the market at 72 percent military, 23 percent consumer, 5 percent civil cumulative for the decade,” Finnegan said. Of the three areas, civil UAVs grow most rapidly over the forecast period as airspace around the world is opened, but it grows from a very low base.

"The Teal Group study predicts that the U.S. will account for 64 percent of total military worldwide Research, Development, Test, and Evaluation spending on UAV technology over the next decade, and about 38 percent of the military procurement," said Teal Group senior analyst Steve Zaloga, another author of the study.

The 2015 study provides 10-year funding and production forecasts for a wide range of UAV payloads, including Electro-Optic/Infrared Sensors (EO/IR), Synthetic Aperture Radars, Signals Intelligance, Electronic Warfare and C4I (Command, Control, Communications, Computers, & Intelligence) systems. These payloads are forecast to double in value from $3.1 billion in fiscal year 2015 to $6.4 billion in fiscal year 2024. EO/IR is still the default sensor for the vast majority of UAVs, but recent years have seen up-and-down funding and considerable uncertainty, as legacy endurance UAV production has ended.

New sensor markets will see great increases as radio frequency (RF) systems supplant EO/IR capabilities, and next-generation UAVs at all scales require much more sophisticated - and expensive - sensors. "Rapidly increasing capabilities for RF sensors will be funded, as potential conflicts shift from clear-skies Central Asia to the more restrictive geographies of Eastern Europe and the Pacific," according to David Rockwell, author of the electronics portion of the new study.

"UAVs will continue to provide the world's fastest-growing aerospace payload market, but not through continued growth of 'the usual suspects' from the past decade. Instead, new sensor programs for current and future air vehicles will result in more unexpected growth spurts and losses. We now forecast a number of speculative new programs in the out-years, including estimates of classified programs. Wise companies will plan today for growth tomorrow," according to Rockwell.

"UAVs are no longer of interest only to aerospace companies, but increasingly technology companies like Google, Facebook and Amazon see a need to be in the market," said Finnegan.
at August 20, 2015 No comments: 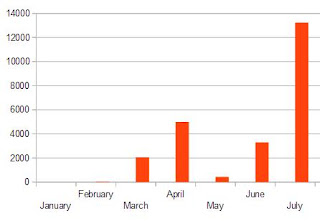 Climax Utilities' monthly sales of virtual electricity and water products on ProEconomica topped $13,000 (virtual dollars) in July, a new all-time high for the company. Climax Utilities is a virtual company created in the online game ProEconomica.

“Our company estimates ending 2015 with over $38,000 (virtual dollars) in sales,” said Brothel, CEO of Climax Utilities. “Approaching our one-year anniversary in November, I see an opportunity for the Climax name to expand into other industries and services.”

The 436th Contracting Squadron at Dover Air Force Base is looking to establish a contract to repaint a C-45, KC-135, C-60, T-33, and A-26 aircraft at the Air Mobility Command Museum in Dover, Del.

Interested companies are invited to submit their information/quote no later than Aug. 25.
at August 17, 2015 No comments: