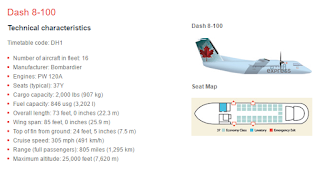 The Transportation Safety Board of Canada (TSB) determined that the continuation of an unstable approach following a loss of visual reference led to a Jazz Aviation LP aircraft contacting the surface short of the runway at the Sault Ste. Marie Airport, Ontario, in February 2015. There were no injuries, but there was significant damage to the aircraft. The TSB released their investigation report on Thursday.

On Feb. 24, 2015, a de Havilland DHC-8-102, operating as Jazz Aviation LP flight JZA7795 and carrying 15 passengers, departed Toronto/Lester B. Pearson International Airport, Ontario, for a scheduled flight to Sault Ste. Marie Airport, Ontario. While on approach to runway 30, in conditions of twilight and reduced visibility due to blowing snow, the aircraft touched down approximately 450 feet prior to the runway threshold. Following touchdown, the aircraft struck and damaged a runway approach light before coming to a stop approximately 1,500 feet past the threshold.

The investigation determined that a significant power reduction and subsequent decrease in airspeed, while flying below the minimum stabilization height of 500 feet, resulted in an unstable approach. This rapid deceleration steepened the aircraft's vertical path. The crew had reduced power in order to reach the target airspeed for the final approach and landing.

The crew had followed what they understood to be the correct speeds for the approach according to the company's guidance material. “Due to ambiguity in the guidance and uncertainty as to the required speed during the approach, the flight crew did not recognize that the approach was unstable and continued the approach to a landing,” TSB said in a press release Thursday.

The investigation also found that the rapidly changing weather decreased the flight crew's visibility of the runway, and that the steepened vertical profile created as a result of the power reduction went unnoticed, and uncorrected. Although the loss of visual reference required a go-around, the flight crew continued the approach.

Following the occurrence, Jazz Aviation LP undertook a number of safety actions such as making amendments to the Jazz DASH 8 Aircraft Operating Manual, by introducing significant changes to the "Stabilized Approach Factors" subsection and adding simulator scenarios to the training syllabus.
at March 09, 2017 No comments: 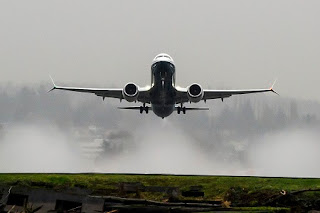 Boeing announced Thursday that the Federal Aviation Administration (FAA) has certified the 737 MAX 8 airplane for commercial service. Boeing is now in the final stages of preparing for the first 737 MAX 8 delivery to customers in the coming months.

To earn certification for the 737 MAX 8, Boeing undertook a comprehensive test program that began just over one year ago with four airplanes, plus ground and laboratory testing. Following a rigorous certification process, the FAA granted Boeing an Amended Type Certificate for the 737 MAX 8, verifying the design complies with required aviation regulations and is safe and reliable.

The 737 MAX 8 reduces fuel use and CO2 emissions by an additional 14 percent over today's most fuel-efficient single-aisle airplanes.

The MAX 8 and 9 will be followed in 2019 by the smaller MAX 7 and higher capacity MAX 200, while studies and discussion continue with customers on growing the family.


The 737 MAX incorporates the latest technology CFM International LEAP-1B engines, Advanced Technology winglets and other improvements. It is the fastest-selling airplane in Boeing history, accumulating more than 3,600 orders to date from 83 customers worldwide.
at March 09, 2017 No comments: 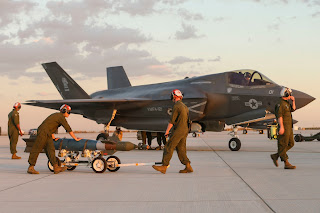 The service requested is to provide real-time electro-optical and infrared sensor full-motion video while integrating with close air support aircraft to locate and simulate attacking opposing forces, simulated by live role-players. The aircraft must have capability of five hours on station time at an altitude of 24,000 feet.

“The intent of this effort is to provide familiarization of flight characteristics, capabilities and limitations of ISR aircraft for MAWTS-1 instructors and prospective instructors,” Marine Corps officials said in contract documents released Wednesday. “This is a pre-solicitation notice that a solicitation is scheduled to be released on or around March 24.”
at March 08, 2017 No comments:

NASA's Armstrong Flight Research Center operates a Beechcraft B200 aircraft, tail number N801NA, serial number BB-1164. The current avionics and autopilot suite, a critical aircraft system that projects rely on for accuracy, on the aircraft has been problematic for reliable operation and have been known to cause issues during research flight campaigns. Additionally, the aircraft needs RVSM capability, ADS-B In/Out, and TCAS/TAWS capabilities. “These are requirements for future projects, and they need to be addressed,” NASA officials said in contract documents released Wednesday.

All work should be completed within 20 business days of the arrival of N801NA to the contractor.
at March 08, 2017 No comments:

Helionix is an innovative avionics system that offers operators exceptional mission flexibility and safety. Its design is based on a family concept with standardized features, so it can be installed on nearly all new commercial helicopters. Helionix is fully modular and can be installed with one to four screens, meaning it can just as easily be adapted to light helicopters or to the EC175. 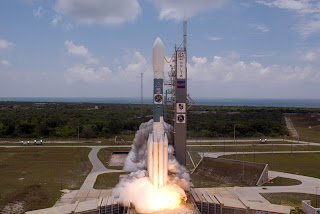 Coinciding with the Satellite 2017 Conference & Exhibition held in Washington, D.C., this week, Teal Group space analysts have identified 8,607 satellites, probes and capsules to be built and launched to earth or deep space orbits between 2017 and 2036. They estimate the value of these space payloads at more than $250 billion. Teal Group is an aerospace and defense consultancy based in Fairfax, Va.

The payload count for 2017-2036 reflects a 41 percent increase compared to the 5,095 payloads identified last year for 2016-2035 and 46.5 percent more than the 4,067 payloads for the 20-year look forward in 2015.  The trend in the future market for space payloads continues upward, and it is being driven largely by the introduction of thousands of small, nano and pico (mainly "Cubesats") commercial satellites designed to provide everything from broadband and mobile communications to meteorological, imaging and position location & tracking services.

Of the payloads, more than 75 percent of them are proposed for low earth orbits; 17 percent for medium earth orbits; six percent to geostationary orbits; and the rest to deep space or elliptical orbits.
at March 06, 2017 No comments: 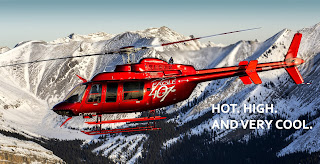 Honeywell will deliver a total of 10 HTS900 helicopter engines to Eagle Copters Ltd. in 2017. Eagle Copters placed a new order for eight additional engines in January 2017, adding to the two engines from a previous order, which are scheduled for delivery in the second quarter.

"The global helicopter market recognizes the many benefits of replacing the standard engine on the Bell 407 helicopter with the more powerful and reliable Honeywell HTS900," said Rick Buchanan, senior director of retrofit, modifications and upgrades, Honeywell Aerospace. "The HTS900 has a 17 percent reduction in fuel consumption compared with the standard engine and a 22 percent increase in shaft horsepower, making it ideal for lifting heavy loads under hot-and-high flying conditions."

"We have already completed eight conversions, have more in the pipeline, and are in regular conversation with other operators looking to upgrade their fleets either by converting their existing Bell 407 or acquiring a new Eagle 407HP from Eagle Copters," said David Whiting, vice president, Technical Sales, Eagle Copters.

The Honeywell HTS900 is a new engine design that provides an additional 500 pounds of payload, improved dash speed and 12 percent lower maintenance costs compared with the original Bell 405.
at March 06, 2017 No comments: 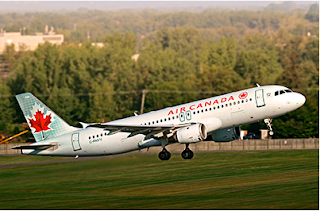 1.) Air Canada flight runs through grass during landing - On Feb. 25, Air Canada Flight 623 was traveling from Halifax to Toronto/Lester B. Pearson airport with 118 persons on board. [Full story]

4.) Virginia is the most romantic state, according to Ibotta - Virginia really is for lovers. [Full story]