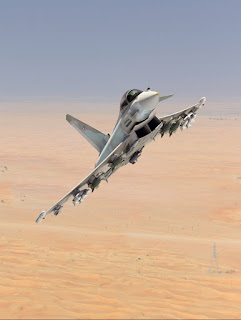 The contract, signed with Eurofighter partner company Leonardo Aircraft, includes 18 pods, integration and logistics support for the Kuwait Air Force's Eurofighter Typhoon. The Eurofighter Typhoon is the ninth aircraft platform to be equipped with Sniper ATP, joining variants of the F-15, F-16, F-18, A-10, B-1, B-52, F-2 and Harrier.

Pod deliveries will begin in 2017 to support integration efforts. 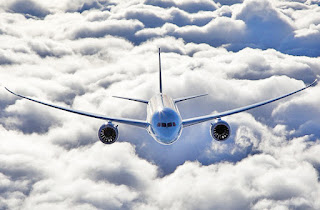 Air Canada announced the addition of six new destinations to its international network Wednesday, including year-round Boeing 787-9 service between Toronto and Mumbai and between Vancouver and Taipei. The new services will launch for summer 2017, with the Montreal-Algiers and the Vancouver-Taipei routes subject to government approvals.

"Toronto-Mumbai is our third route between Canada and India starting with the launch of Toronto-Delhi service last fall, and Nagoya will be our fourth airport in Japan. With these new services, we will now operate 21 routes between Canada and Asia, including the Middle East. Berlin and Marseille will bring the number of European routes we serve to 44 next summer, including four cities in France. Algiers will be our second destination in Africa, which makes Air Canada one of only a small number of global carriers flying to all six inhabited continents," said Smith.

Air Canada will be the only carrier to offer non-stop service between Canada and Mumbai and the only Canadian carrier to operate non-stop service to Taipei. These routes will operate year-round aboard Air Canada's Boeing 787-9 Dreamliner. The aircraft feature 30 International Business Class suites, 21 Premium Economy and 247 Economy Class seats.

Xiamen Airlines launched its Xiamen-Shenzhen-Seattle service on Monday, the first direct international service between Shenzhen and the U.S.

The service will be handled by a Xiamen Airlines Boeing 787 Dreamliner, with three flights per week, on Mondays, Wednesdays and Fridays. The flight numbers are MF845 and MF846.

Xiamen Airlines chairman and general manager Che Shanglun said, "The launch of the Xiamen-Shenzhen-Seattle service is an important reflection of the results of the meeting between Chinese and American leaders in 2015. On the heels of these events, a Fuzhou-New York and a Xiamen-LA service will also be initiated, making air travel, and, by consequence, exchanges between the two countries much easier."

The Xiamen-Shenzhen-Seattle service is the sixth long haul and the first American route that Xiamen Airlines has launched. The existing services including Xiamen-Amsterdam, Fuzhou-Sydney, Xiamen-Sydney, Xiamen-Melbourne and Xiamen-Vancouver. The newly opened Seattle service is Xiamen Airlines' first long haul route with a stop at a city outside of the Fujian province.

To complete the build out of a network that extends beyond Seattle, Xiamen Airlines has signed a partnership agreement with Alaska Airlines that enables passengers traveling to Seattle via Xiamen Airlines, to fly onward to 61 major and secondary destinations across the U.S., Canada and Mexico by connecting to an Alaska Airlines flight in Seattle.

Xiamen Airlines operates the largest all-Boeing aircraft fleet in China. Seattle, where Boeing is located, is where each member of the 165-strong fleet of aircraft was manufactured.
at September 26, 2016 No comments: