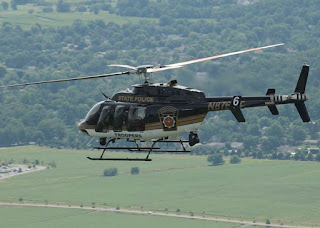 Nine people were killed and 230 others were injured in the 664 crashes investigated by the Pennsylvania State Police during the four-day Labor Day holiday weekend driving period.

The official holiday driving period was Friday through Monday. During that time, troopers cited 910 individuals for not wearing seat belts and issued citations to 211 motorists for not securing children in safety seats.

Troopers also issued 13,806 speeding citations and arrested 513 operators for driving under the influence. Of the 664 crashes investigated by State Police, 63 of those crashes, including two of the fatal crashes, were alcohol related.

During last year's four-day Labor Day holiday driving period, 13 people died and 211 others were injured in 686 crashes to which state troopers responded.

The statistics cover only those crashes investigated by state police and do not include statistics on incidents to which other law enforcement agencies in Pennsylvania responded.
at September 08, 2015 No comments:

Smisek steps down from United Airlines

United Continental Holdings, Inc. announced Tuesday that it has named Oscar Munoz as president and chief executive officer. Munoz will also continue to serve on United's board of directors. The board appointed Henry Meyer III, United's lead independent director, to serve as non-executive chairman of the board of directors. The company also announced that Jeff Smisek has stepped down from his roles as chairman, president and chief executive officer, and as a director. These changes are effective immediately.

Munoz brings to this role deep and broad experience in the transportation industry and large consumer brands including AT&T, Pepsico and The Coca-Cola Company. He most recently served as president and chief operating officer of CSX Corp.

"Oscar's track record demonstrates that he has the right blend of strategic vision and strong leadership to continue United's upward trajectory,” said Henry Meyer. “United is well positioned to continue executing on its strategic plan to further improve performance and the value and service it provides to its customers.”

"United has an incredible opportunity for improving an experience that is essential to the vitality of global business and to the personal lives of millions of people," said Munoz.

Prior to joining United Airlines, Munoz served as president and chief operating officer of CSX Corp., a premier transportation company. Munoz also served as a director at CSX. During Munoz's tenure, CSX transformed itself into an industry leader in customer focus, reliability and financial performance. CSX was named one of Institutional Investor's Most Honored Companies for a decade of excellent financial performance, including increasing its operating income by nearly 600 percent.

The company's internal investigation and the related circumstances do not raise any accounting or financial reporting concerns, United said,
at September 08, 2015 No comments:

Test pilot Bill "Gigs" Gigliotti piloted the first flight of the F-35 outside the U.S. on Monday near the Cameri, Italy, Final Assembly and Check Out (FACO) facility. Aircraft AL-1 was also produced at the FACO facility, making it the first-ever internationally produced F-35A. 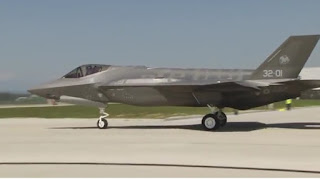 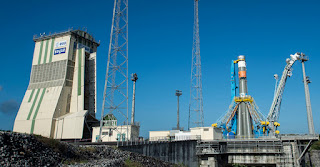 The 12th Soyuz rocket to be launched from French Guiana is now in the launch zone following rollout in preparation for liftoff to place two more European Galileo navigation satellites in orbit.

The fifth and sixth Full Operational Capability (FOC) spacecraft in Europe’s Galileo navigation program, designated “Alba” and “Oriana,” will ride into orbit during the mission known as Flight VS12.

These satellites were built by OHB System, with Surrey Satellite Technology Ltd. supplying their navigation payloads.

The European Commission is managing and funding Galileo’s FOC phase – during which the network’s complete operational and ground infrastructure is being deployed. The European Space Agency has been delegated as the design and procurement agent on the Commission’s behalf.

Galileo is Europe’s own global navigation satellite system, providing a highly accurate, guaranteed global positioning service under civilian control. It is interoperable with the Global Positioning System and Glonass, the U.S. and Russian global satellite navigation systems.
at September 07, 2015 No comments: