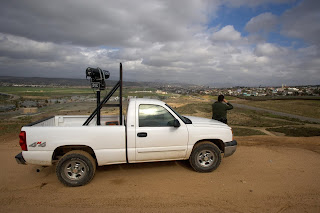 The United States Border Patrol (USBP) agency is planning to add small unmanned aircraft systems (sUAS) to their operations that will provide Reconnaissance, Surveillance, and Target Acquisition (RSTA) capability along the U.S. southern and northern border. USBP announced their plans in a Request For Information (RFI) document released Thursday.

The Border Patrol is a sub-component of the United States Customs and Border Protection whose mission is to prevent the illegal flow of people and contraband into the U. S. via air, land, and sea. The USBP’s primary mission is to conduct law enforcement activities along the U. S. border and between the official U. S. ports of entry. As the nation’s single, unified border agency, USBP's mission is vitally important for the protection of the American people and the national economy. USBP represents the first line of defense of America's borders. One of USBP's strategic objectives is to establish and maintain effective control of air, land, and maritime borders with the appropriate mix of infrastructure, technology, and personnel. An integral component to this situational awareness is the planned use of sUAS to provide RSTA capability to the USBP along the southern and northern border.

The Border Patrol is seeking to obtain information from industry about the availability of fixed wing sUAS. “This RFI is issued solely for information, planning purposes, and market research only; it does not constitute a Request for Proposal (RFP) or a promise to issue an RFP,” the agency said in the RFI document.

The number of sUAS deployed within each USBP sector will vary based on geography, availability of equipment and trained operators, and operational need. When deployed, the system will provide the sUAS operator with video data that enables the detection, identification, classification, and tracking of Items of Interest (IoI) in rugged, remote, rural, urban, riverine, and coastal environments. The sUAS will also support vectoring of USBP agents to the immediate vicinity of the IoI for interdiction and event resolution, and if the sUAS has illumination capabilities (laser illuminator) will provide covert IoI illumination to assist agents in prepositioning themselves for intercepting the IoI.

The sUAS can be transported in several form factors, from a single backpack to several large hard cases that need to be transported by vehicle to a location closer to the final deployment location. The sUAS must be ruggedized so it can be transported in a 4x4 vehicle over terrain in the USBP operational environment, sometimes for long distances. The sUAS, packaged for transport, must not obstruct or disrupt the driver while in transport. Once the system is deployed, the agent will operate the system for the duration of their 10-hour shift. The operator interface (ground control system) shall allow the agent to control the sUAS easily for extended periods of time. The agent shall be able to adjust the screen brightness as necessary. The operator interface controls shall be intuitive and placed so that they are easy to reach. The agent will need to have the ability to rapidly move the system from one deployment location to another. The system shall allow the agent to easily and quickly prepare the sUAS for deployment to a different site.

Interested vendors are requested to submit their response to the USBP no later than Dec. 10.
at November 08, 2018 1 comment: 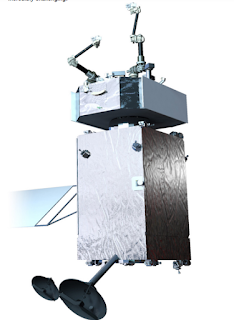 NASA is working on several projects to mature satellite servicing crosscutting technologies, including Restore-L, a technology demonstration project to utilize a robotic spacecraft to refuel an operational client. Other missions include the Robotic Refueling Mission 3 (RRM3) – which is developing technologies for cryogen – and Raven – a technology demonstration of state-of-the-art relative navigation capabilities.

NASA is hosting a series of industry day meetings to receive data from major SSPD project reviews. The initial industry day was held April 19, 2017, the second industry day was Jan. 30, 2018, the upcoming industry day is scheduled for Dec. 6 at Goddard Space Flight Center in Greenbelt, Md. “This industry day encourages additional transfer of technology being developed by the SSPD,” NASA said in a Special Notice document released Tuesday. “The derived capabilities would facilitate servicing of spacecraft, plus ensure that future spacecraft can be easily serviced.” Future industry days will be held as additional technology progress is made.
at November 07, 2018 No comments: 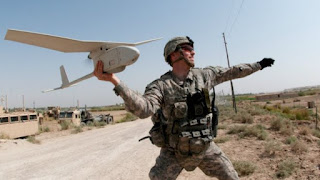 The Department of Defense seeks commercial solutions for fielding of the U.S. Army's Short Range Reconnaissance (SRR) platform. The SRR is intended to be an inexpensive, rucksack portable, vertical take-off and landing small unmanned aircraft that provides a platoon with a rapidly deployed intelligence, surveillance, and reconnaissance capability to provide situational awareness beyond the next terrain feature. The Army announced the request in a Special Notice document released Monday.

The Unmanned Aircraft (UA) flight characteristics desired:
The Army will accept responses to the Special Notice until Nov. 18.
at November 06, 2018 No comments: 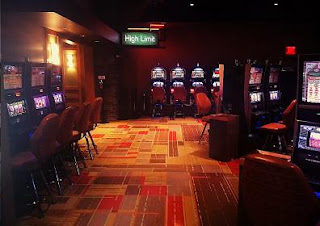 On Friday, the Pennsylvania Gaming Control Board released their monthly report for total revenue generated from the play of slot machines at casinos during October.

The average number of slot machines operating on a daily basis was 25,407 during October compared to 25,941 at the casinos in October 2017.

Lady Luck Casino Nemacolin experienced the biggest drop in October down 17.99 percent.
at November 04, 2018 No comments:

United Airlines submitted an application to the U.S. Department of Transportation on Friday for authority to increase service between New York/Newark Liberty and Shanghai Pudong beginning in June 2020. If approved, United's second daily flight will create new opportunities for customers to conveniently connect to Shanghai from more than 90 U.S. and Canadian destinations served by United from New York/Newark. The effort is in response to “the demand for travel between each country's financial center, which has grown annually for the last several years," said Oscar Munoz, United's Chief Executive Officer.

This proposed additional flight provides enhanced time of day coverage for customers traveling between New York/Newark and Shanghai, with United offering both a morning and afternoon departure from both New York/Newark and Shanghai. An expanded schedule will further enhance United's service as the only U.S. carrier serving mainland China and Hong Kong from the New York City area and in the Northeastern United States.

United in China
United first began service to China in 1986 and has grown to operate more non-stop flights to more cities than any other U.S. carrier, with a total of more than 90 weekly flights from the U.S. to Greater China.
at November 04, 2018 No comments: 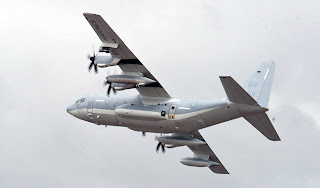 The Naval Air Systems Command-Aircraft Division, Aircraft Combat Survivability Division is seeking information from industry on Countermeasure Systems to protect KC-130J and C-40A aircraft operating in a variety of threat environments. The Navy announced the project in a Request For Information (RFI) document released Friday.

The United States Marine Corps and U.S. Navy are conducting a study/market research in order to:
“For the purpose of this RFI, the threats of primary interest for the KC-130J include medium range Radio Frequency (RF) guided Surface-to-Air Missile systems (RF SAMs), Electro-Optical or RF-guided Anti-Aircraft Artillery (AAA) systems, and Man-Portable Air Defense System (MANPADS) missiles acting independently or as part of an Integrated Air Defense Systems (IADS),” the Navy said in the RFI. “However, the threats may also include long range RF SAMs and Air-to-Air Interceptors (AAIs); armed with a variety of IR and RF guided missiles, operating as part of the IADS.

"The threats of interest for the C-40A include MANPADS and potentially long range RF SAMS and AAIs armed with a variety of IR and RF guided missiles, operating as part of the IADS.

For planning purposes, the countermeasure suites should be of sufficient Technology Readiness Level to support production incorporation in the 2025 to 2030 timeframe.” The suites for the KC-130J and C-40A do not need to be the same; however, commonality of weapons replaceable assembly selected for use on each aircraft would be beneficial, the Navy said.

Companies interested in supporting the project should contact the Naval Air Warfare Cetner-Aircraft Division in Patuxent River, Md., no later than Nov. 30.
at November 04, 2018 No comments: