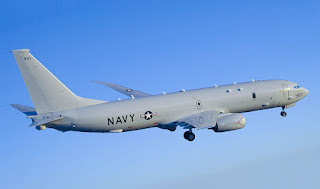 Boeing has installed a training center for the new P-8A Poseidon aircraft at Naval Air Station Whidbey Island, Wash., as the base begins preparations for the arrival of P-8s beginning in 2017.

“About 70 percent of the training we do for our P-8 crews happens in this building,” said U.S. Navy Rear Adm. Kyle Cozad. “That is going to make that wonderful aircraft last longer and longer. As much as 45 years.”

The complete training system uses simulators and classroom-based materials to train pilots and mission crews to operate the aircraft, its sensors, communications and weapons systems without relying on live flights.

Boeing is on contract to modify and provide updates to the training devices over the next three years.

New hunting ground for planets outside our solar system 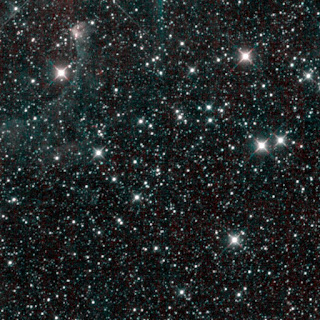 Eight people with no formal training in astrophysics helped discover what could be a fruitful new place to search for planets outside our solar system - a large disk of gas and dust encircling a star known as a circumstellar disk.

A paper, published in The Astrophysical Journal Letters and coauthored by eight citizen scientists involved in the discovery, describes a newly identified red dwarf star, AWI0005x3s, and its warm circumstellar disk, the kind associated with young planetary systems. Most of the exoplanets, which are planets outside our solar system, that have been imaged to date dwell in disks similar to the one around AWI0005x3s.

The disk and its star are located in what is dubbed the Carina association - a large, loose grouping of similar stars in the Carina Nebula approximately 212 light years from our sun. Its relative proximity to Earth will make it easier to conduct follow-on studies.

Since the launch of NASA's Disk Detective website in January 2014, approximately 30,000 citizen scientists have performed roughly two million classifications of stellar objects, including those that led to this discovery. Through Disk Detective, citizen scientists study data from NASA's Wide-field Infrared Survey Explorer mission (WISE), the agency's Two-Micron All Sky Survey project, and other stellar surveys.

"Without the help of the citizen scientists examining these objects and finding the good ones, we might never have spotted this object," said Marc Kuchner, an astrophysicist at NASA's Goddard Space Fight Center in Greenbelt, Maryland, who leads Disk Detective. "The WISE mission alone found 747 million objects, of which we expect a few thousand to be circumstellar disks."

The eight citizen scientist co-authors, members of an advanced user group, volunteered to help by researching disk candidates. Their data led to the discovery of this new disk.