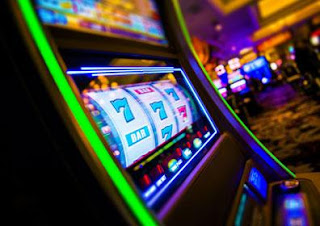 Eldorado Resorts, Inc. announced that at a meeting Friday, the company received approval from the Indiana Gaming Commission in connection with its pending acquisition of Caesars Entertainment Corp., subject to applicable conditions. 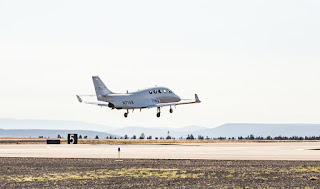 Stratos Aircraft announced Friday the first flight of its Stratos 716X model – registration N716X. The flight lasted 22 minutes. Flown by test pilot Sean VanHatten, the Stratos 716X is a spacious six-person jet. The all-carbon airframe, single-engine jet is designed to cruise at 400 knots. The first flight was a full power takeoff and climb to 13,500 feet.  A series of maneuvers were then conducted to evaluate handling characteristics. The flight is the first of an extensive flight test program that will span the next several months.

“When we introduced the Proof of Concept 714 aircraft three years ago, the marketplace interest was tremendous," said Stratos CTO, Carsten Sundin. "It was clear that the market is looking for the performance and comfort we were offering, but in a true six-place aircraft. With a cabin width of 4.9 ft and height of 4.8 ft, there is plenty of room for passengers to relax on long flights.”

The Stratos 716X will be offered as an experimental kit build aircraft while the 716 will be certified by the Federal Aviation Administration for production. "We see producing a limited number of kit aircraft as a logical step towards certification.  It will allow customers who don't want to wait for the 716 certification an opportunity to own and operate a Stratos 716X much sooner, while we continue to develop our production processes," said Sundin.

Test pilot Sean VanHatten has over 5,300 hours, with over 120 hours in the Stratos Proof of Concept 714. Sean has performed 19 first flights and flown four prototype aircraft.

Stratos Aircraft has invested significantly to support the production of the Stratos 716 and 716X. Their facilities total over 41,000 square feet in Redmond, Oregon.
at July 11, 2020 No comments: 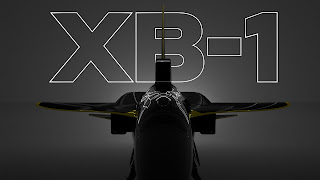 Boom Supersonic, the aerospace company building the world's fastest airliner, announced Wednesday that its supersonic demonstrator, XB-1, will roll out on Oct. 7. In keeping with CDC-recommended social distancing measures, the entire event will be available online and allow attendees an opportunity to submit questions to company leadership.

"With XB-1, we're demonstrating that we are prepared to bring back supersonic,” said Blake Scholl, Boom founder and CEO. “We're ensuring that the supersonic future is safe and environmentally and economically sustainable. We've learned that the demand for supersonic has grown even faster than we anticipated."

To design and build XB-1, Boom has recruited a team of experts from around the industry, established supplier relationships, and built a strong safety culture. XB-1 is the first aircraft program to announce a 100 percent carbon-neutral flight test program. The company's innovations include one of the highest-efficiency civil supersonic intakes ever tested, demonstrating Boom's ability to deliver a breakthrough in propulsive efficiency for Overture. XB-1 will begin its test program later this year and is slated for first flight in 2021.

Boom's commercial aircraft, Overture, will be the fastest and most sustainable supersonic airliner, flying twice as fast as any commercial airplane today—allowing Boom to bring families, businesses, and cultures closer together through supersonic travel and thus, make the world dramatically more accessible.

The company is hosting a virtual rollout event to give the world a first look at the completed aircraft and hear from the team that designed, built and will test the aircraft. The lead engineers, test pilots and company leadership will explore the technical and design innovations, the flight and handling criteria and how the demonstrator positions the company to build its flagship, Overture.
at July 09, 2020 1 comment: 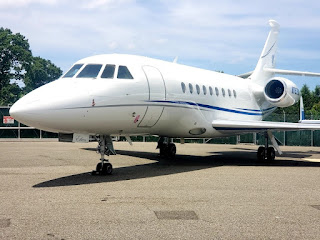 Talon Air has expanded its fleet and geographic footprint with the addition of a Scottsdale, Ariz., based Falcon 2000 jet. The new Falcon becomes Talon's 41st managed aircraft and the fifth addition to the Talon fleet since mid-April.

Several aircraft in the Talon fleet already have floating bases, but the Falcon 2000 "is ideally positioned for our frequent charters from the Phoenix area, Las Vegas, the Los Angeles metropolitan area and beyond,” said Talon CEO James Chitty.

The Falcon 2000 offers high-speed WIFI, plush leather seating for ten and transcontinental and intercontinental range.  Passengers will be served by an experienced cabin attendant.

This latest addition to the Talon fleet will be the first of several West Coast-based aircraft in the coming months.

Talon Air, LLC is one of the world's leading full service private aviation companies specializing in private jet charters, aircraft management, and aircraft maintenance. Talon Air manages and operates a diverse fleet of 41 aircraft, including Gulfstream, Bombardier, Falcon and Hawker products such as the Gulfstream G550, Falcon 2000, Challenger 604 and 300, Hawker 4000, 900XP, 850XP and 800XP.
at July 07, 2020 No comments: 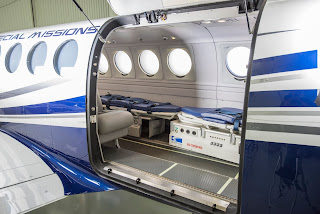 The Athens-based aircraft will be owned by the country’s Ministry of Health, with the Hellenic Air Force overseeing maintenance and operation in support of disaster relief, medical rescue, inter-hospital transfer and repatriation to mainland health care services. Medical staff from the National Centers for Emergency Care will administer medical care to patients aboard the aircraft.