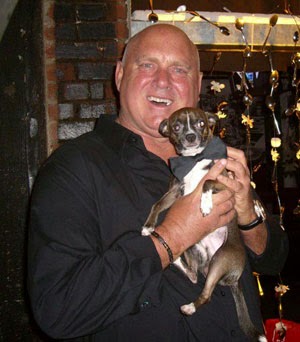 Bunny Ranch owner Dennis Hof is blasting the city of Phoenix in the wake of the arrest of NFL legend Warren Sapp on prostitution charges.

Hof said he is asking the two women arrested to contact him directly, saying he will provide them with legal assistance, and then fly the two ladies to the Bunny Ranch where they can apply their adult trade safely and legally.

"I want to make honest working girls out of them," says Hof, "Street prostitutes are always at risk of being beaten up, or beaten out of their money by johns. This never happens at a legal, licensed, regulated brothel like the Bunny Ranch."

The 42 year-old Sapp, who was covering the yearly championship for the NFL Network, was busted by local cops at a Phoenix hotel and charged with soliciting a prostitute, and two counts of assault.

Months ago, Hof, the owner of seven legal brothels throughout the state of Nevada, had visited Phoenix, offering to put up $500,000 cash to build a temporary legal brothel to operate prior to the Super Bowl. Hof made his pledge in an effort to combat the crush of Super Bowl human sex trafficking, a yearly plague that Texas Attorney General Greg Abbott has called the "single largest human trafficking incident in the United States."

"This is a disgrace. The NFL couldn't even keep its own announcers from taking part in the heinous illegal sex trade that flourished during Super Bowl week," said Hof. "All this could have been avoided had city politicians simply approved my plan to set up a legal, safe, regulated brothel for those who wanted to have a little adult fun.”
at February 05, 2015