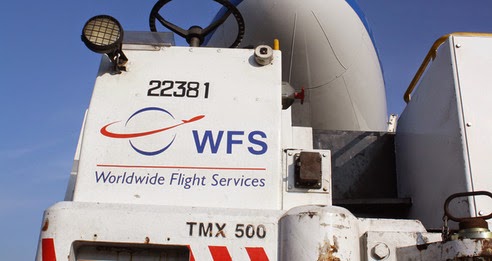 Under the terms of the agreement, Swissport will transfer all business activities to WFS on Oct. 1. WFS will take over Swissport's cargo terminal at Copenhagen, which handles 18,000 tons a year on behalf of leading international airlines.

Marc Claesen, Regional Vice President, North Europe at WFS, said: "Copenhagen has been a big growth airport for WFS since we opened our operation in 2006 and this latest investment not only gives us
potential for further expansion, it brings more leading international airlines into our portfolio in Scandinavia, that are also customers of WFS elsewhere in our global network."

WFS provides services to 300 airlines globally, is present at 120 major airports in 20 countries on four continents, and handles four million tons of cargo a year.

Is Worldwide Flight Services still an active company? Their website looks as if WFS is out of business