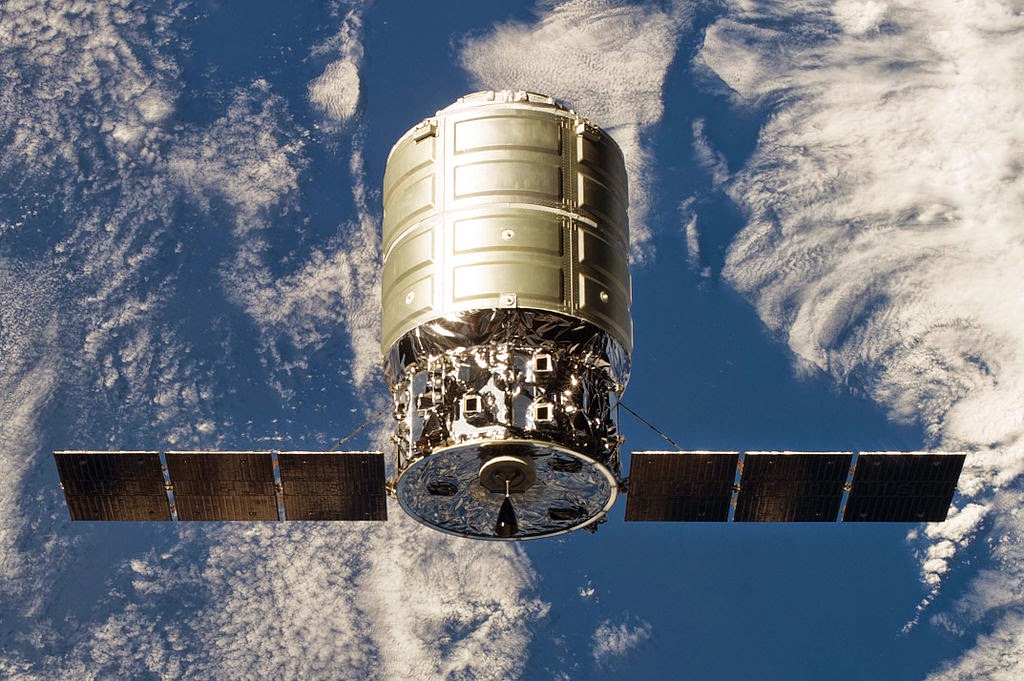 Orbital Sciences' Cygnus cargo ship is scheduled to launch from the Mid-Atlantic Regional Spaceport at NASA's Wallops Flight Facility in Virginia on July 11 at 1:40 p.m. EDT.

The Cygnus will be filled with more than 3,000 pounds of supplies for the International Space Station, including science experiments to expand the research capability of the Expedition 40 crew members aboard the orbiting laboratory, crew provisions, spare parts and experiment hardware.

Among the research investigations headed to the space station aboard the flight, known as Orbital-2, are a flock of nanosatellites that are designed to take images of Earth, developed by Planet Labs of San Francisco; and a satellite-related investigation called TechEdSat-4 built by NASA's Ames Research Center in California, which aims to develop technology that will eventually enable small samples to be returned to Earth from the space station. In addition, a host of student experiments are being flown in association with the Student Spaceflight Experiment Program, an initiative of the National Center for Earth and Space Science Education and NanoRacks.

If Cygnus launches as scheduled, the spacecraft will arrive at the space station on July 15. Station commander Steven Swanson of NASA and Flight Engineer Alexander Gerst of the European Space Agency will be standing by in the station's cupola to capture the resupply craft with the station's robotic arm and install it on the Earth-facing port of the station's Harmony module.
at July 03, 2014