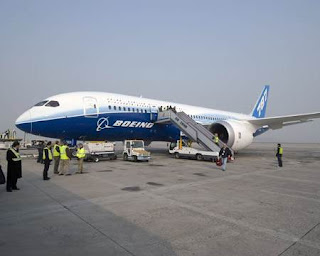 Hainan Airlines will first operate the Dreamliner on a domestic route from Beijing to Haikou. Thereafter, the airline will deploy the 787 on its North America routes, increasing the frequency of its Beijing-Seattle, Beijing-Toronto and Beijing-Chicago services, with several new destinations.

As one of only seven airlines rated as five-star by Skytrax, Hainan Airlines is the fourth largest airline in terms of fleet size in the People's Republic of China. Its current fleet includes 106 Boeing airplanes. The airline serves scheduled domestic and international services on 500 routes from Beijing, Haikou and other operating base on the mainland, and provides charter services.