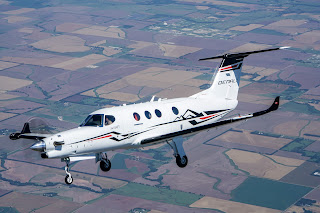 The Beechcraft Denali is designed and manufactured by Textron Aviation Inc.

The aircraft’s flight lasted two hours and one minute, reaching a max altitude of 15,500 feet with a max speed of 240 knots true airspeed. To date, the program has accumulated more than 250 flight hours.

Engineered to achieve cruise speeds of 285 knots and full fuel payload of 1,100 pounds, the Denali is designed to have a range of 1,600 nautical miles at high-speed cruise with one pilot and four passengers and to be able to fly from Los Angeles to Chicago, New York to Miami or London to Athens.

The Denali is the first aircraft powered with GE’s Catalyst engine.

The Beechcraft Denali’s flat-floor cabin is designed to be the largest in its segment and offers the versatility to easily convert between passenger and cargo configurations.