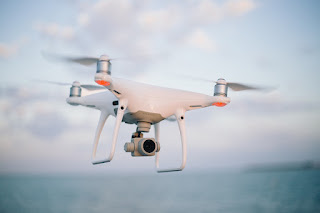 The Bureau of Alcohol, Tobacco, Firearms and Explosives (ATF) is presently conducting a review of the agency's Unmanned Aircraft Systems (UAS) and planning for future requirements. The review was announced in a Request For Information (RFI) contract document released Thursday.

The RFI was issued solely for market research, compiling information of available UAS sources and planning purposes. “It does not constitute an Invitation for Bids, Request for Proposal, or Request for Quotes,” the ATF said in the RFI.

The ATF is a law enforcement agency within the United States Department of Justice whose headquarters is located in Washington, D.C. The mission of ATF is to protect communities from violent criminals, criminal organizations, the illegal use and trafficking of firearms, the illegal use and storage of explosives, acts of arson and bombings, acts of terrorism, and the illegal diversion of alcohol and tobacco products.

Information provided in response to the RFI must be submitted to ATF contract officers no later than March 28.

In 2015, the ATF spent “approximately $600,000” on drones it never flew operationally, according to an audit conducted by a Justice Department watchdog.