The U.S. Coast Guard HC-130J Long Range Surveillance (LRS) aircraft acquisition program office has a requirement to “missionize” up to six newly delivered HC-130J LRS aircraft via the installation of the Minotaur Mission System Suite and the C-130J Block Upgrade 8.1. 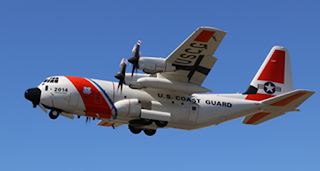 The Minotaur system incorporates sensors; radar; and command, control, communications, computers, cyber, intelligence, surveillance and reconnaissance equipment and enables aircrews to gather and process surveillance information that can be transmitted to other platforms and units during flight.

“The services will be competitively procured on an unrestricted basis via a noncommercial firm-fixed-price contract,” Coast Guard officials said in contract documents released this week.

The Coast Guard currently has 18 HC-130J aircraft in either operational use or active production.

The Coast Guard’s fleet of HC-130Js is the Department of Homeland Security’s (DHS) largest airlift asset, providing critical support to DHS partners as well as carrying out many Coast Guard missions, including search and rescue, drug and migrant interdiction, cargo and personnel transport, and maritime stewardship. The aircraft is capable of serving as an on-scene command and control platform or as a surveillance platform with the means to detect, classify and identify objects and share that information with operational forces.