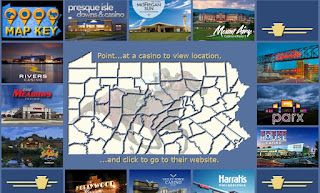 Gross revenue from gambling at table games in Pennsylvania casinos during September was 11.34 percent higher than last year, according to figures released Friday by the Pennsylvania Gaming Control Board.

Total tax revenue from table games play during September was $9,466,444 with an average of 1,140 tables in operation statewide on a daily basis.

The uptick in table games revenue along with a four percent increase in slots for September reported early this month resulted in an overall gaming revenue increase for the month of 5.85 percent.
at October 16, 2015