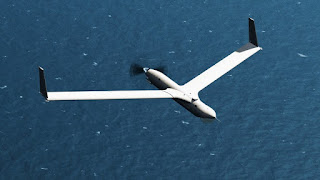 While more than 625,000 acres of wildfires burned throughout the Pacific Northwest, crew members of the Insitu Rapid Response team launched a ScanEagle unmanned aircraft into the hazy skies above the Paradise Fire in Washington's Olympic National Park. The event marked the beginning of an operational demonstration designed to show how unmanned aircraft technology can be a powerful force multiplier in the fight against wildfires.

ScanEagle flew within an emergency certificate of authorization issued to the Department of Interior from the Federal Aviation Administration that permitted its operation within the confines of the temporary flight restriction.
Posted by Keith Stein at 10:01 PM