Northrop Grumman Corp. and the U.S. Navy offered a glimpse of the future of carrier aviation on Sunday by conducting a series of cooperative flights from the aircraft carrier, USS Theodore Roosevelt (CVN 71), using an X-47B Unmanned Air System (UCAS) and an F/A-18 Hornet.

The flights - the first time manned and unmanned carrier aircraft have operated together in the same carrier controlled landing pattern at the same at the same time - took place in the Eastern Atlantic. They offered Northrop Grumman and the Navy an opportunity to collect data that will help reduce risks associated with integrating unmanned aircraft with conventional manned carrier operations.


"The X-47B has again pushed the boundaries of the UCAS program by demonstrating that it can operate seamlessly with conventional carrier assets in one of the most demanding environments in the world," said Capt. Beau Duarte, the Navy's UCAS program manager. 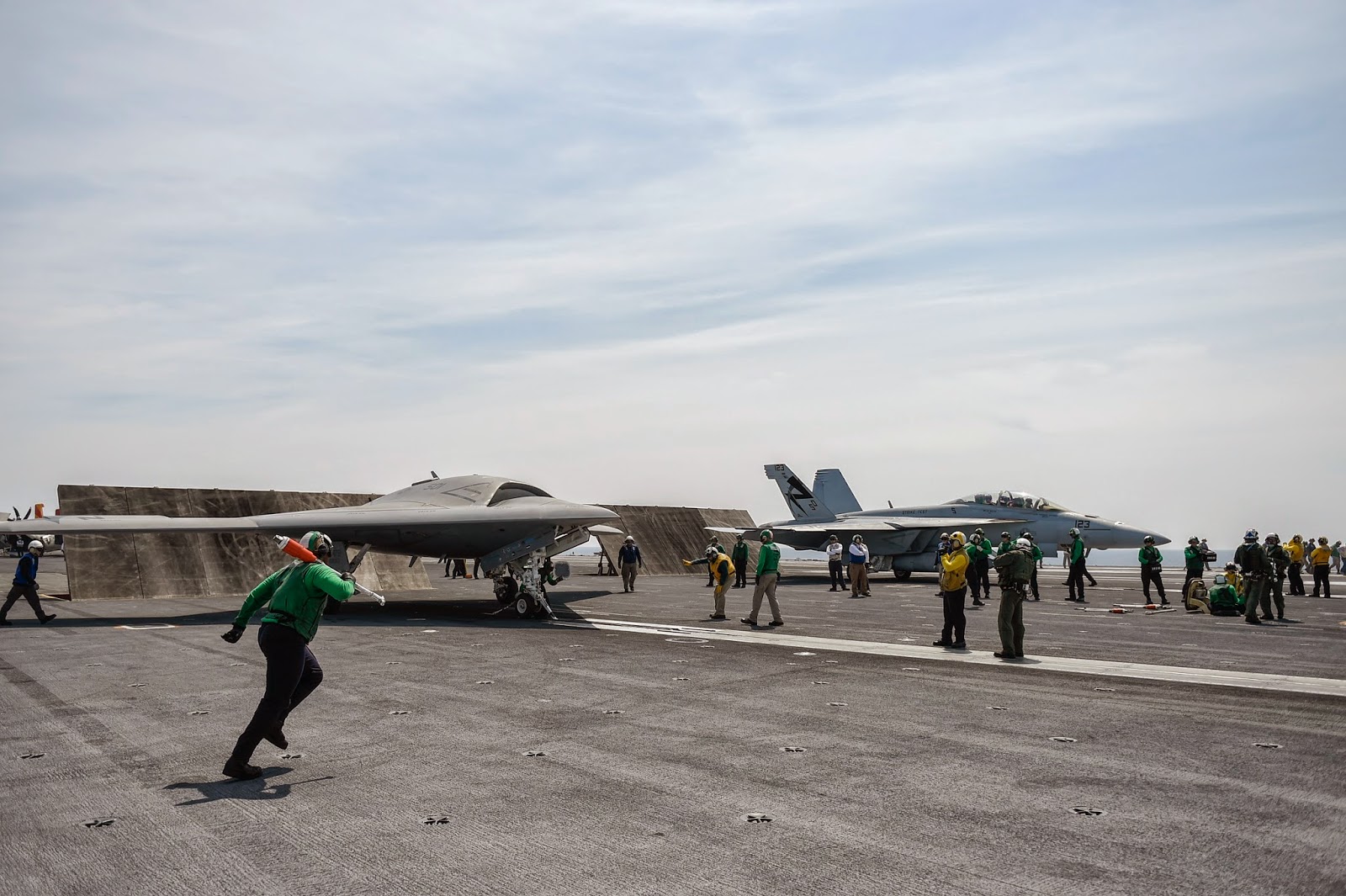 During the flights, the X-47B flew in the landing pattern with the F/18-Hornet at approach speeds of 120 miles per hour, at a pattern altitude of 1,200 feet. Mission operators aboard the USS Theodore Roosevelt had full control of the X-47B during flight maneuvers that involved several planned precision approaches to the carrier.

At the completion of the manned/unmanned flight trials, the X-47B landed safely aboard CVN 71, catching and quickly releasing the arresting cable before folding its wings and taxiing clear of the landing area.