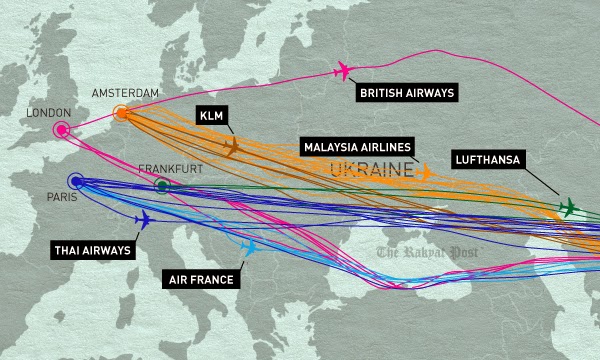 "This week an emergency meeting of the United Nations International Civil Aeronautics Organization is being held to discuss the situation, but passenger representatives have unfortunately again been excluded from meetings between airlines and regulators, as they were previously after the mysterious disappearance of another Malaysian airliner over the Indian Ocean."
Posted by Keith Stein at 1:36 PM