Management changes at Gray Television as stock soars in 2013 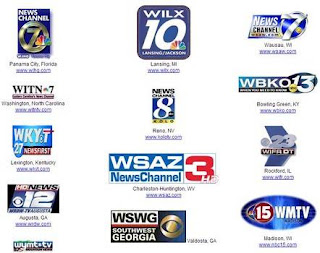 Gray announced the long-planned retirement of industry leader Don Ray after more than 40 years in the broadcast industry. Ray has served as a regional vice president since 2005 and as the general manager of WSAZ-TV in Charleston/Huntington, West Va., since 1989. Under several different ownerships, including Lee Enterprises and Emmis Communications, Ray worked his way up through the sales ranks at WSAZ-TV, starting as an account executive in 1973. He has held both national sales manager and general sales manager positions there. During his tenure, Ray was named director of sales for Lee in 1999 and served as interim general manager of WFTX in Fort Myers in 2005 for Emmis.

On Aug. 1, Matt Jaquint will fill the general manager position at WSAZ-TV. Ray and Jaquint have been working closely on a smooth transition of leadership at the station since the spring, and Ray has agreed to remain with Gray Television for an additional period to complete that transition effort.

Jaquint was most recently the general manager at Newport Television's KTVX and KUCW in Salt Lake City, Utah. Jaquint led sales as general sales manager for WSAZ from 2002 to 2005, and he was general manager of Gray's WNDU in South Bend, Ind., from 2006 until 2008. He has also worked in the Cedar Rapids, Iowa, and El Paso, Texas markets.

Don Vesely is now vice president and general manager of NBC affiliate WMTV in Madison, Wis. Vesely has been WMTV's general sales manager since 2008. He began his career in television sales in Rockford, Ill. in 1993, working for both the FOX and NBC stations in the market. He moved to WMTV in Madison as an account executive in 2001, and he became local sales manager the following year.

Vic Richards is now vice president and general manager of NBC affiliate WOWT in Omaha, Neb. Richards has been WOWT's director of creative and station operations since 2012. He began his career at KOLN/KGIN in Lincoln in 1996 first in production and then creative services. He moved to WOWT in 1999, where he has held various positions in promotion and operations and management.

Susan Ramsett-Kretz is now vice president and general manager of CBS affiliate KOLN/KGIN and MY affiliate KSNB, all in the Lincoln, Neb. television market, and KNPL in North Platte. Ramsett-Kretz most recently served as station manager at the Lincoln operation. She began her broadcast career in radio news and sales in 1986. Ramsett-Kretz worked in various news positions in the La Crosse- Eau Claire market at both WXOW and WKBT, and as promotions manager at WLAX/WEUX beginning in 1995. She was an evening anchor and news director at Gray's WSAW-TV in Wausau, Wis., between 2001 and 2011, when she moved to Lincoln to become news director for KOLN/KGIN.

Gray Television President and CEO Hilton Howell said, "With the changes announced earlier this week and today, Gray Television is poised to lead the broadcast industry, by exploring new opportunities and building on our past success."

Meanwhile, the company's stock shares are on a major upswing in 2013.

Gray is a television broadcast company headquartered in Atlanta, Ga., that owns and operates television stations broadcasting 45 channels affiliated with one of the "Big 4 Networks" (ABC, CBS, FOX and NBC) and 41 additional channels of programming in 30 television markets.

Disclaimer: This post is provided for information purposes only and should not be used as the basis for any investment decision. I am neither licensed nor qualified to provide investment advice.