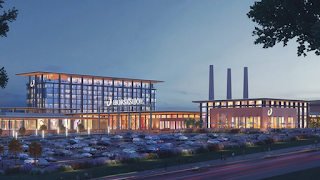 “The Lottery’s Gaming Compliance Department and Office of General Counsel have been diligently working to set up the regulatory and licensing framework to ensure casino gaming in Virginia is secure and transparent,” said Virginia Lottery Executive Director Kevin Hall. “In this role, we see the Lottery as the public’s watchdog, confirming that the law and regulations are followed, and the integrity of casino gambling is protected.”

Currently there are four proposed land-based casinos in Virginia: Bristol, Danville, Norfolk and Portsmouth. Each was approved by voters in local referenda in November 2020. A fifth proposed casino, in the City of Richmond, is on a different timetable and has not yet been approved by local voters. It is expected to be on the ballot in November.

The Virginia General Assembly assigned regulatory oversight of expanded gaming in the Commonwealth to the Virginia Lottery in 2020. Expanded gaming is comprised of both land-based casinos and mobile sports wagering.

Current plans show land-based casinos opening as early as 2023 in the commonwealth.