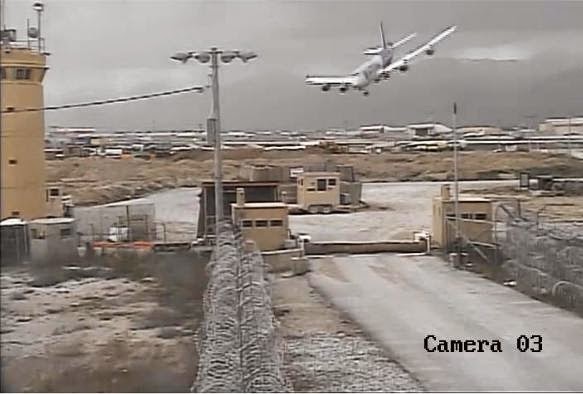 The National Transportation Safety Board (NTSB) released their first public factual report for the ongoing investigation into the April 29, 2013 crash of a National Airlines Boeing 747 at Bagram Air Base, Afghanistan. The cargo flight crashed on takeoff on its way from Bagram to Dubai. All seven crew members were fatally injured and the airplane was destroyed.

The NTSB is specifically prohibited from assigning blame or apportioning liability for the accident under international treaty. However, Nolan Law Group, acting as attorneys for families of five crew members believes the newly released information strongly supports the claims that the fault for the accident rests with the aircraft manufacturer, Boeing, and with AAR Corp. and its subsidiaries who designed and manufactured the cargo handling system installed on the airplane.

According to information from the families' attorneys, the accident airplane was originally designed and manufactured by Boeing for use as a passenger airplane. Thereafter in 2007 and pursuant to an agreement between the operating airline and Boeing, the airplane was converted to a freighter which included installation of the aftermarket cargo handling system designed and manufactured by AAR's Telair subsidiaries.


At the time of the crash, National Airlines was transporting five Mine Resistant Ambush Protected (MRAP) vehicles aboard the airplane. Nolan Law Group notes that prior to the crash another airline questioned the safety of such a transport, conducted an engineering safety study, and concluded that it was, in fact, unsafe and dangerous to transport five such vehicles. The firm further notes that airline also recommended limiting the transport to three MRAP vehicles, but when Boeing was consulted, it advised it had no objection to such a transport. It appears that Boeing did not share these safety concerns with other airlines, including National Airlines.

“The factual information released by the NTSB today suggests that the rear-most MRAP vehicle broke free from its restraints and penetrated through the rear pressure bulkhead of the airplane,” Nolan Law Group said in a press statement Tuesday. “There, due to Boeing's vulnerable design of the plane's hydraulic system, the MRAP tore through hydraulic lines powering the airplane's control surfaces and landing gear which took away the crew's ability to control the airplane. These events resulted in an excessive nose-up pitch and unrecoverable stall, the haunting dashboard video of which went viral on the internet and has been repeatedly aired by media outlets.”

The NTSB is expected to issue its final report and probable cause determination related to the crash later this year.
Posted by Keith Stein at 10:34 PM