Mission comes to an end for galaxy-hunting spacecraft 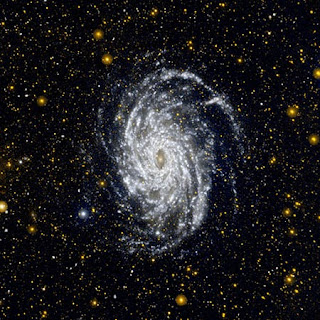 NASA has turned off its Galaxy Evolution Explorer (GALEX) after a decade of operations in which the venerable space telescope used its ultraviolet vision to study hundreds of millions of galaxies across 10 billion years of cosmic time.

Operators at Orbital Sciences Corp. in Dulles, Va., sent the signal to decommission GALEX at 3:09 p.m. EDT on Friday. The spacecraft will remain in orbit for at least 65 years, then fall to Earth and burn up upon re-entering the atmosphere. GALEX met its prime objectives and the mission was extended three times before being canceled.

Highlights from the mission's decade of sky scans include:


In a first-of-a-kind move for NASA, the agency in May 2012 loaned GALEX to the California Institute of Technology in Pasadena, which used private funds to continue operating the satellite while NASA retained ownership. Since then, investigators from around the world have used GALEX to study everything from stars in our own Milky Way galaxy to hundreds of thousands of galaxies 5 billion light-years away. 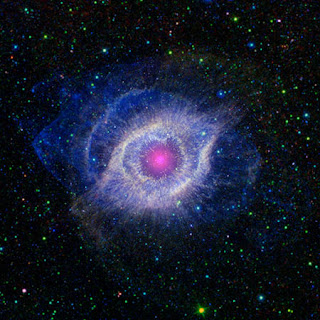 "In the last few years, GALEX studied objects we never thought we'd be able to observe, from the Magellanic Clouds to bright nebulae and supernova remnants in the galactic plane," said David Schiminovich of Columbia University, N.Y., N.Y, a longtime GALEX team member who led science operations over the past year.

The Jet Propulsion Laboratory in Pasadena, Calif. managed the GALEX mission and built the science instrument. The mission's principal investigator, Chris Martin, is at Caltech. NASA's Goddard Space Flight Center in Greenbelt, Md., developed the mission. Researchers sponsored by Yonsei University in South Korea and the Centre National d'Etudes Spatiales in France collaborated on the mission.