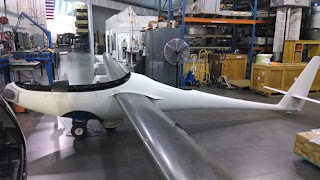 Keith,
very interesting to think of the possibilities of this in terms of security and defense.
Dorothy